Back to Top
0
GLM 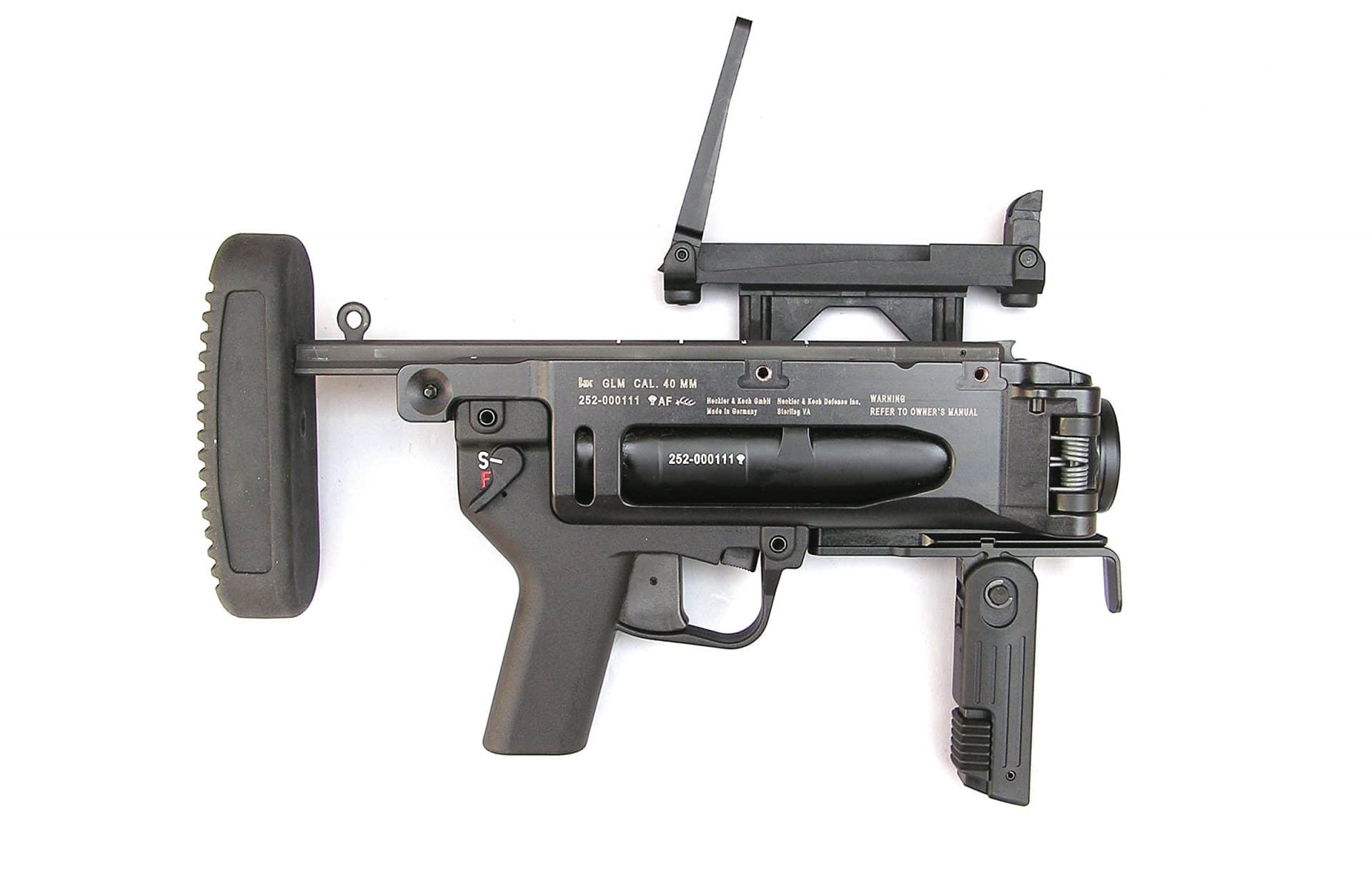 GLM-SAM is a stand alone 40mm grenade launcher with a removable and retractable stock. Operationally deployed with the military forces of several countries, the GLM-SAM can be installed without special tools in seconds on the MIL-STD-1913 modular rail system used on many current issue carbines and rifles (including M4 and M16-type weapons). A detachable retractable stock can be easier installed for use as a stand-alone grenade launcher.

A folding mechanical sight is adjustable for windage and elevation and mounts on either the right or left side of the grenade launcher.

The AG-C can fire all standard low velocity 40 x 46 mm ammunition, including high explosive (HE), armour piercing (AP), riot baton, irritant gas, and illuminating rounds regardless of cartridge length. Its rifled aluminum barrel ensures a high degree of accuracy out to ranges of 400 meters. An ambidextrous safety lever, breach release lever, and double-action only trigger ensure easy and safe handling.

A related variant of the AG-C/EGLM, the AG36 is a 40 mm launcher made for use with the G36 weapon system. The “A” prefix is commonly mistaken as an addition to the name “G36,” but is an abbreviation of the German Anbaugranatwerfer, literally meaning “attached grenade launcher” and the 36 coming from the name of the weapon it was designed to enhance, the G36.

Like most other HK “add-on” 40mm grenade launchers, the lightweight AG36 uses a side-loading breech configuration. A folding mechanical sight is adjustable for windage and elevation and mounts on either side of the grenade launcher. The AG36 is semi-permanently attached to the polymer handguard/forearm of a G36 or G36K and fitted to the host weapon by replacing the standard handguard/forearm with the AG36 configured handguard.

Like other add-on HK grenade launchers, the AG36 makes extensive use of polymers and high strength aluminum for its lightweight and durability. 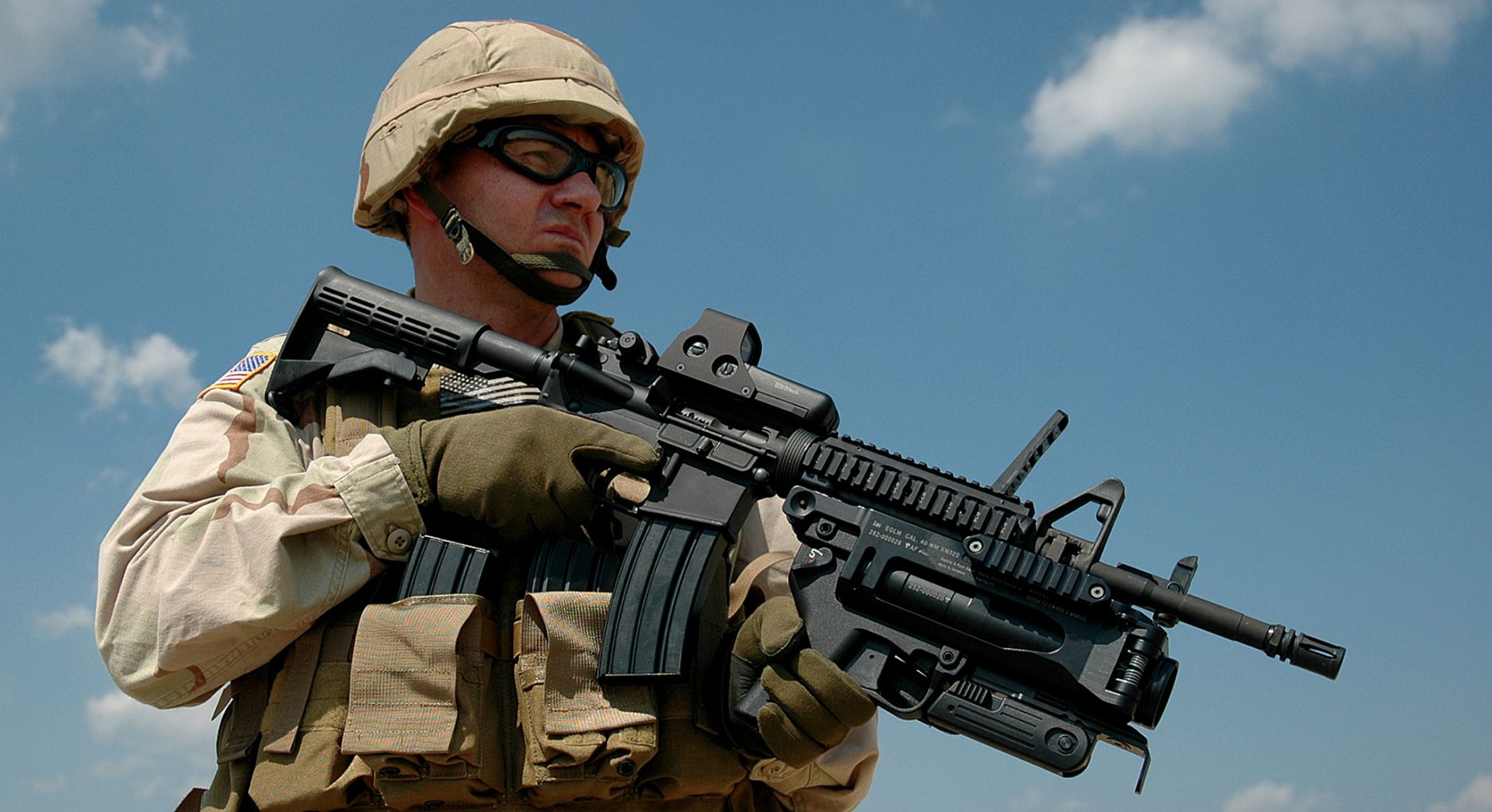 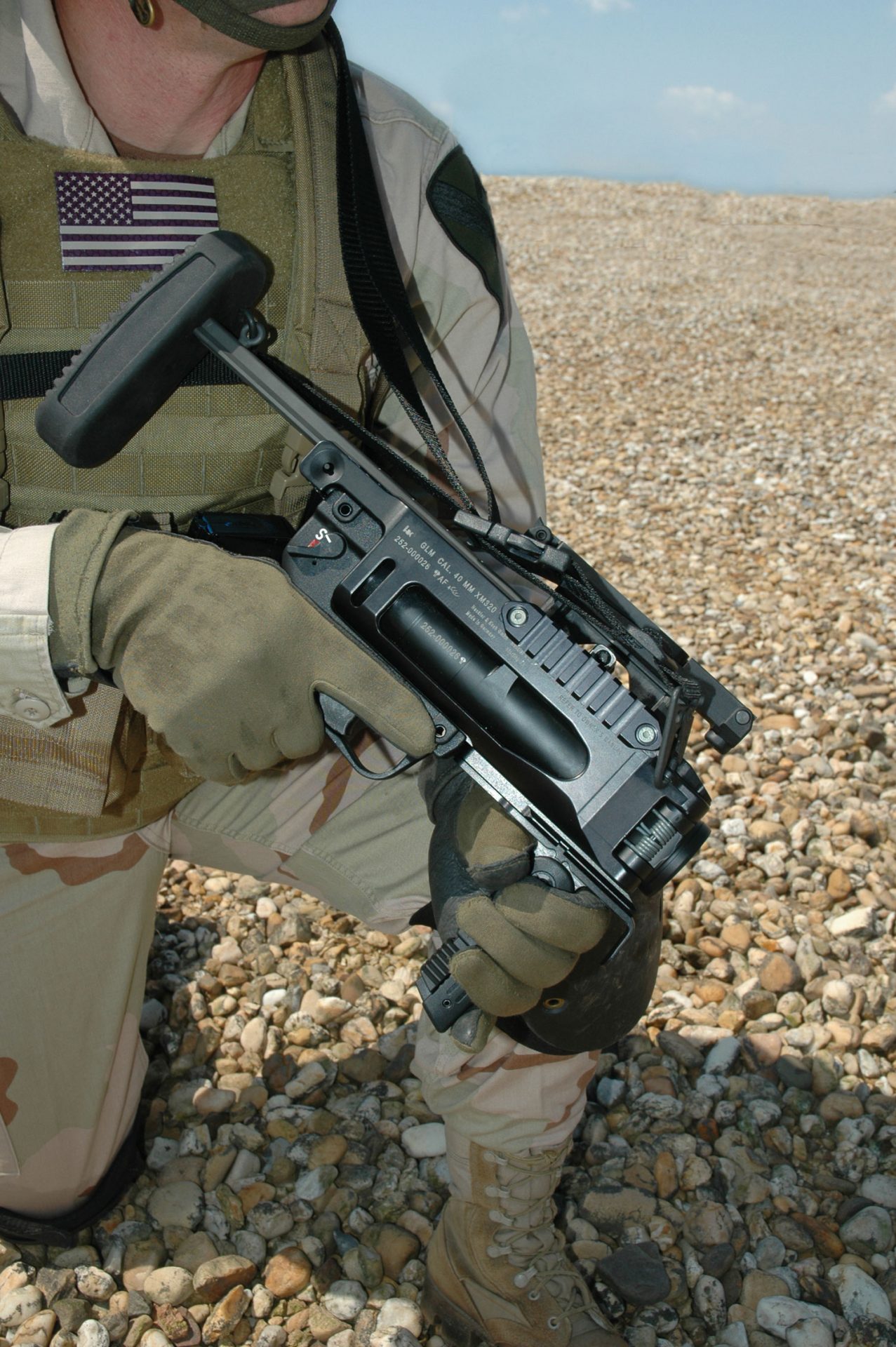