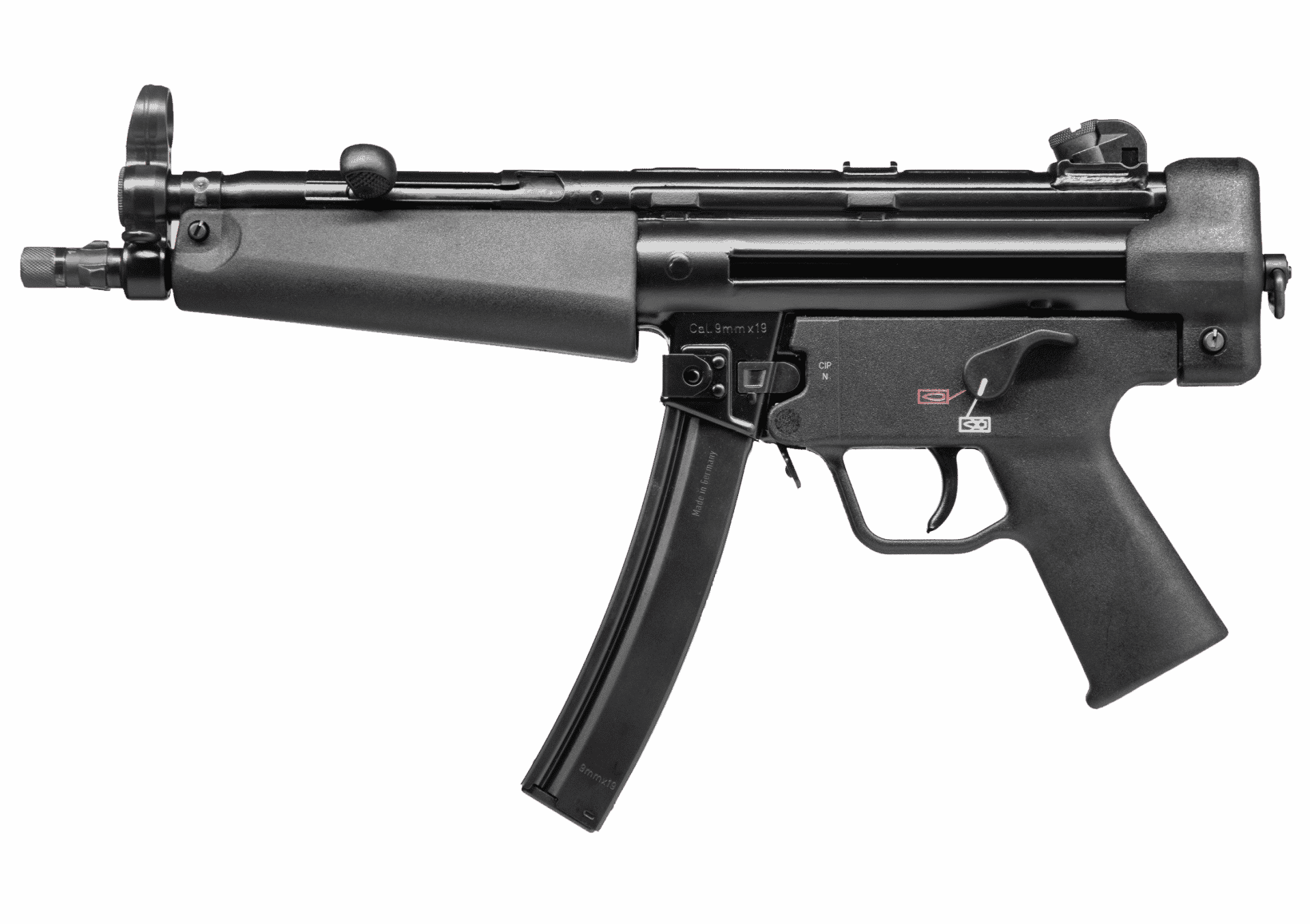 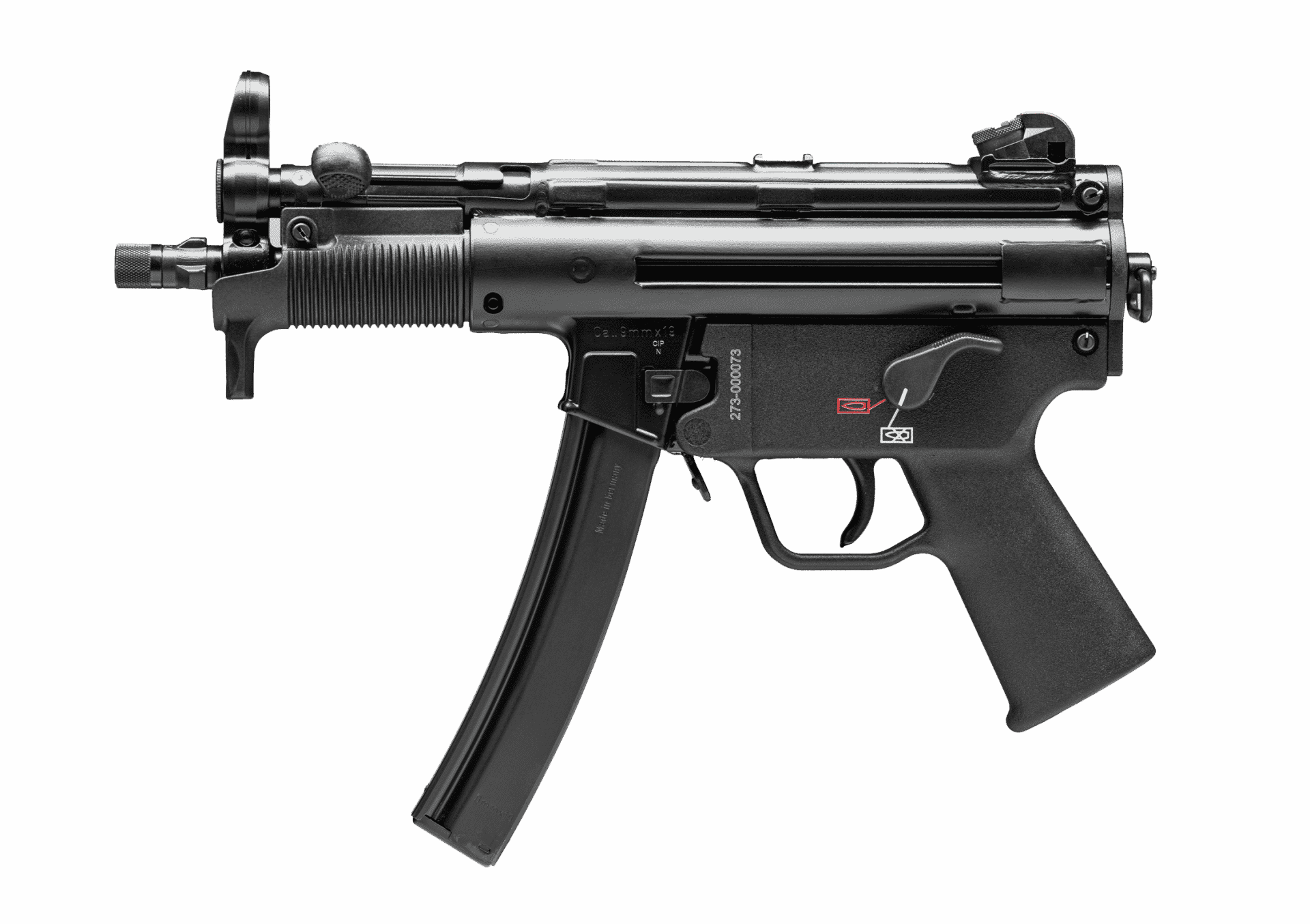 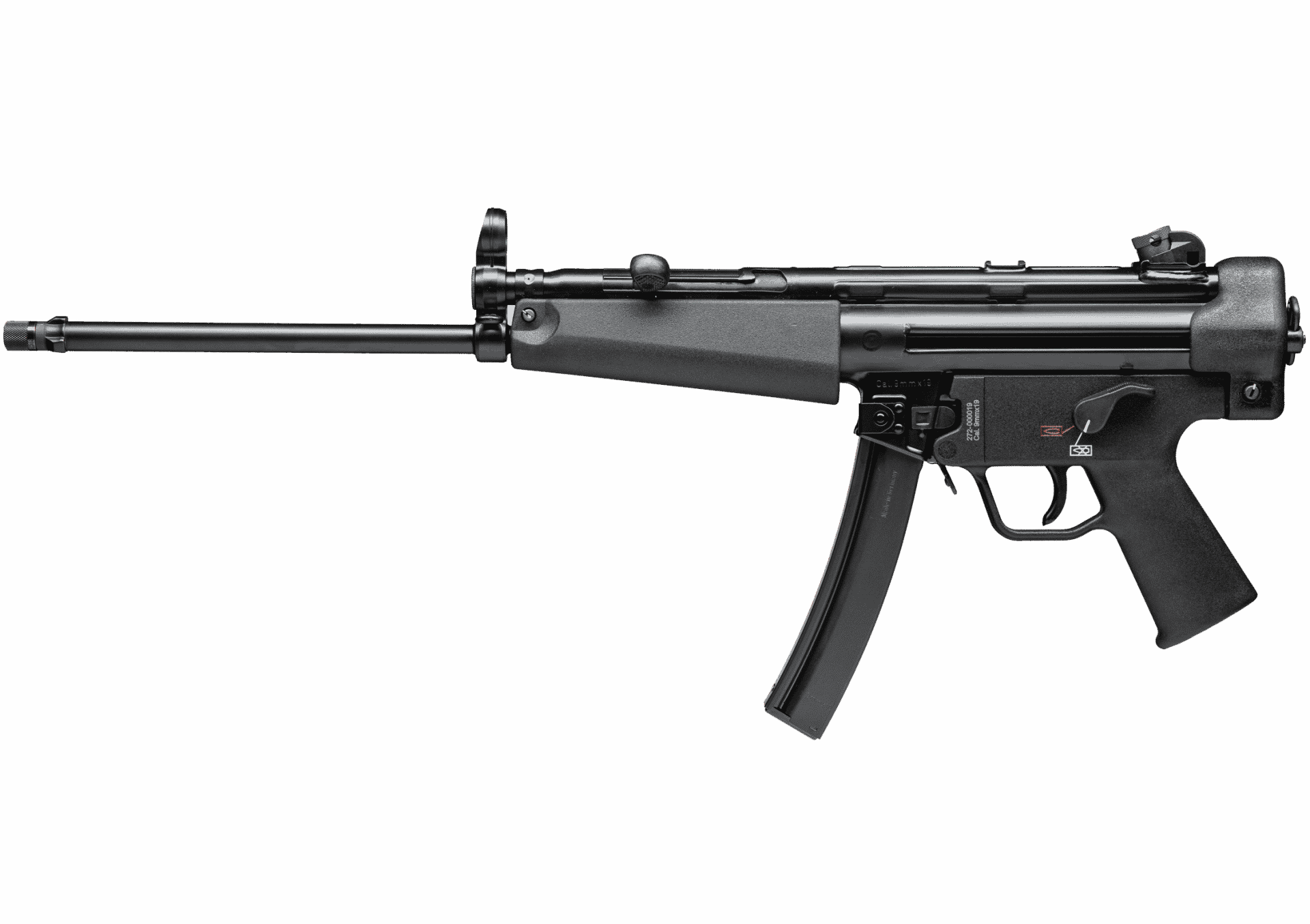 The SP5 was developed by Heckler & Koch as a semiautomatic, civilian sporting pistol that matches the look and feel of the legendary MP5 submachine gun.

The SP5 was developed by Heckler & Koch as a semiautomatic, civilian sporting pistol that matches the look and feel of the legendary MP5 submachine gun.

Designed and manufactured to meet the definition of a civilian pistol, the SP5 is loaded with authentic features, like a Navy barrel with threaded tri-lug adaptor, paddle magazine release, fluted chamber and chrome-lined bore.

The backbone of the SP5 is the roller-delayed blowback operating system, which is legendary for its accuracy, reliability, and smooth shooting dynamic. Originally perfected on the Heckler & Koch G3 rifle, it has been used on several other HK firearms still serving today around the world.

The SP5 is manufactured in Heckler & Koch’s Oberndorf factory in southwest Germany. It retains many of the critical elements of the MP5, including its precision-machined components and attention to detail. This high level of quality and workmanship is a result of making the SP5 in the same factory, on the same lines, and by the same workforce that has been making MP5s for years.

For more comfortable shooting, the SP5 is equipped with an elastic “bungie” sling. The sling is easily installed by snapping it onto the sling swivel hardware located on the rear of the receiver. Using the sling makes firing the SP5 more stable and reduces fatigue.

The SP5 uses the same paddle magazine as the MP5.

The SP5 uses the same paddle magazine as the MP5. 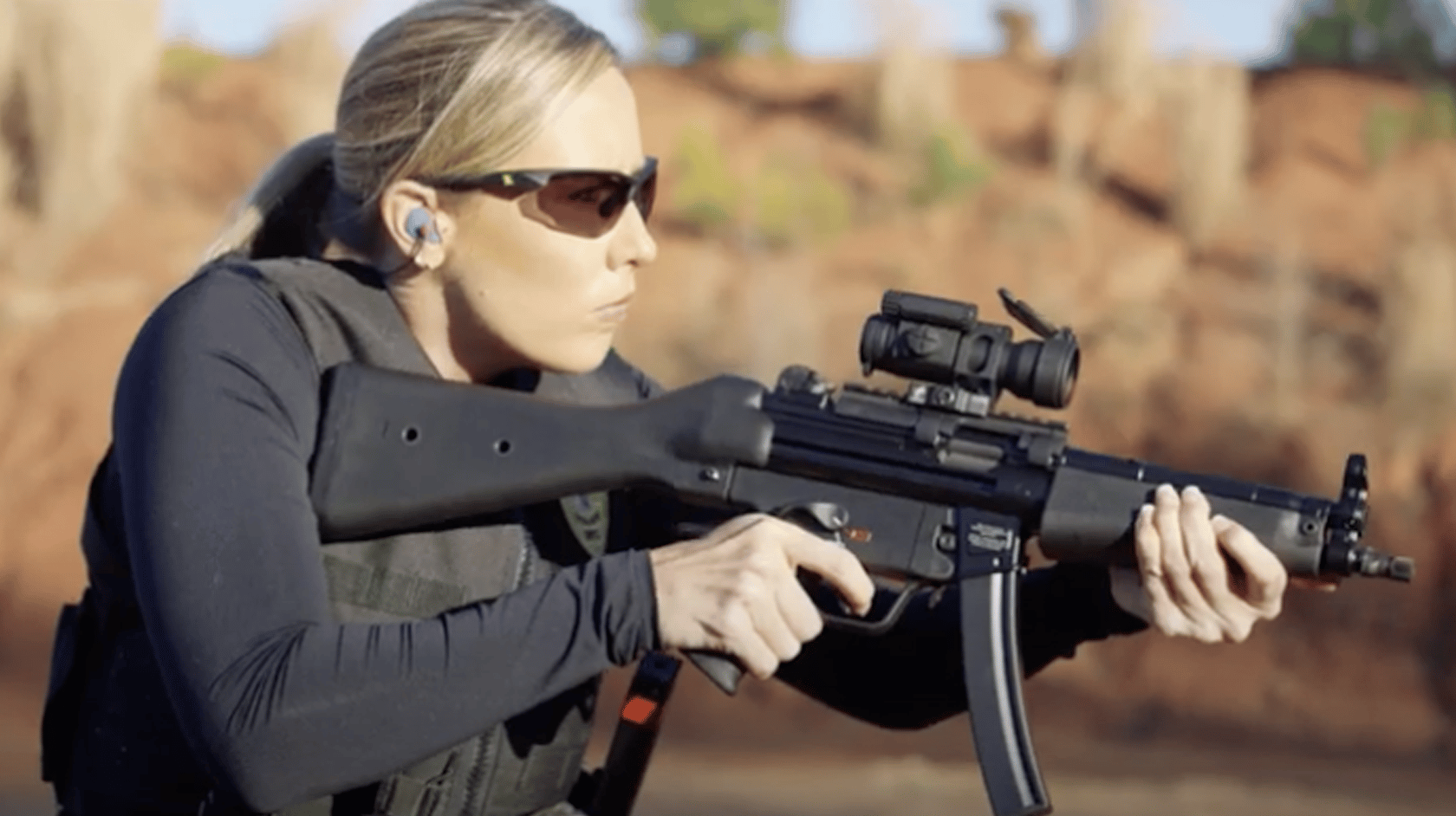 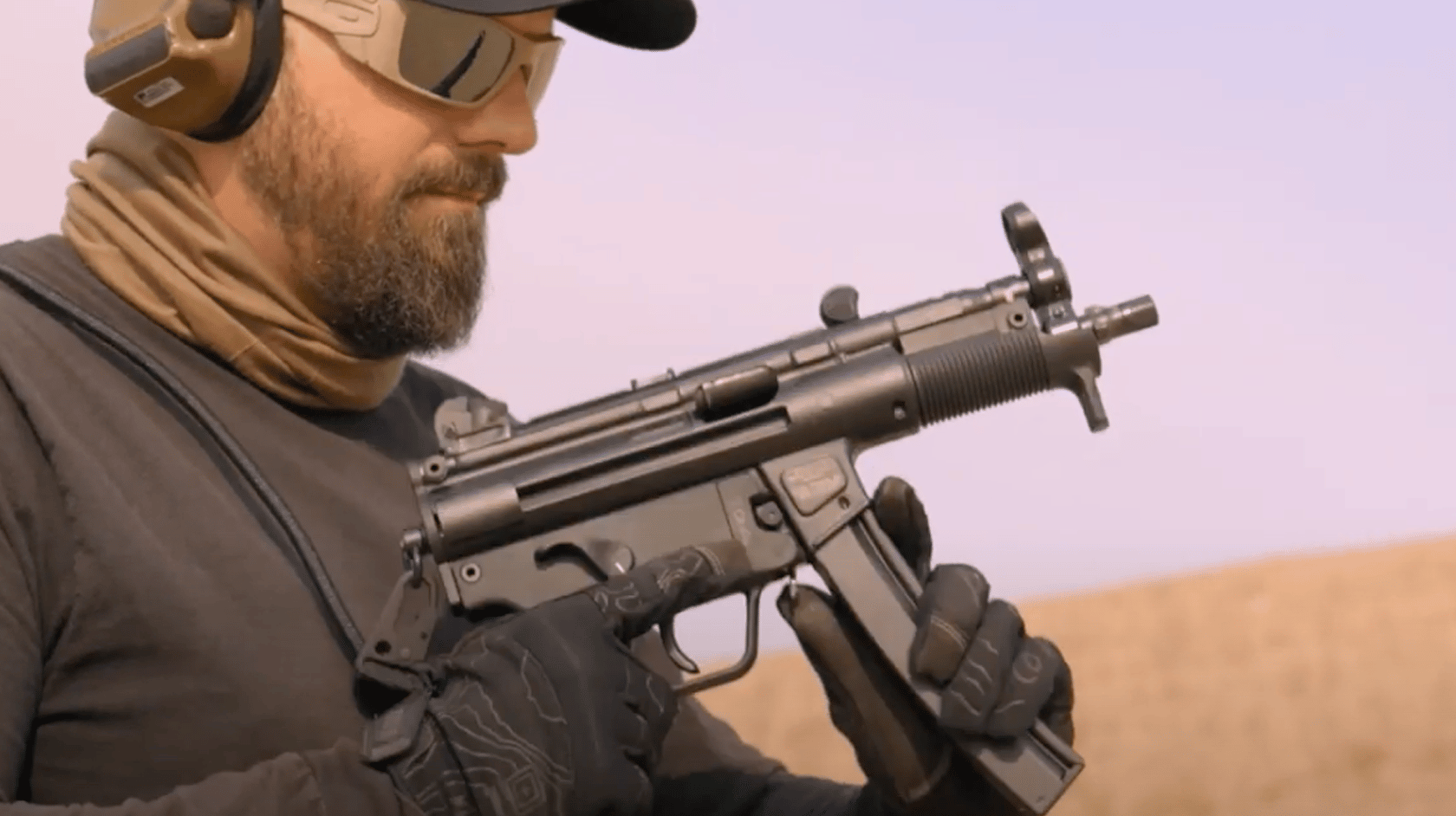 wpDataTable with provided ID not found!