Back to Top
0
VP9SK
Find a Dealer 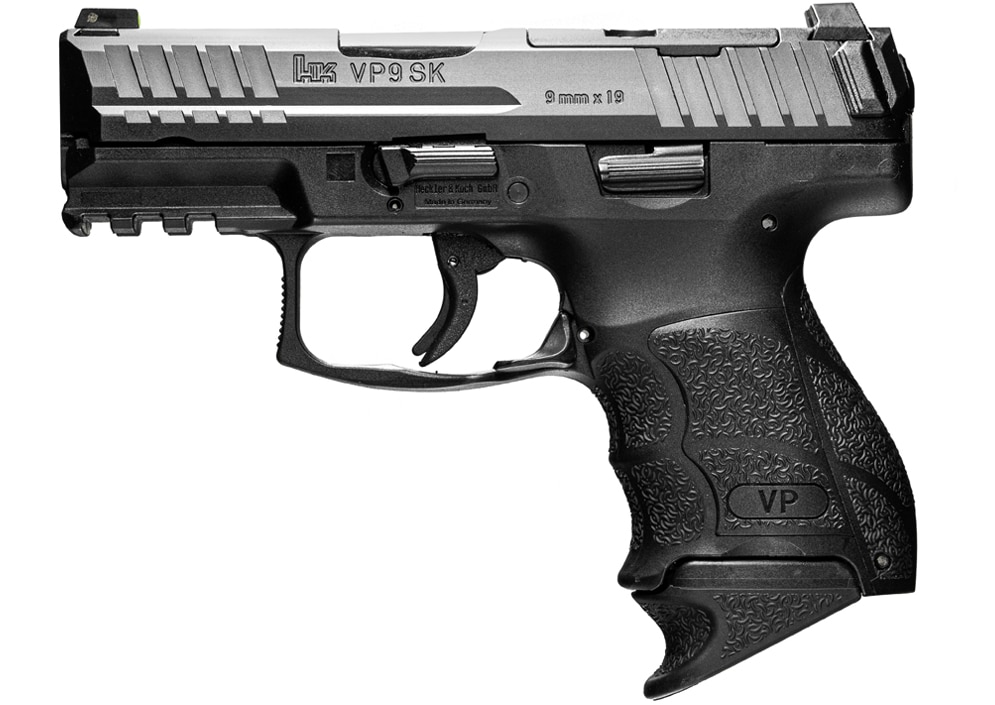 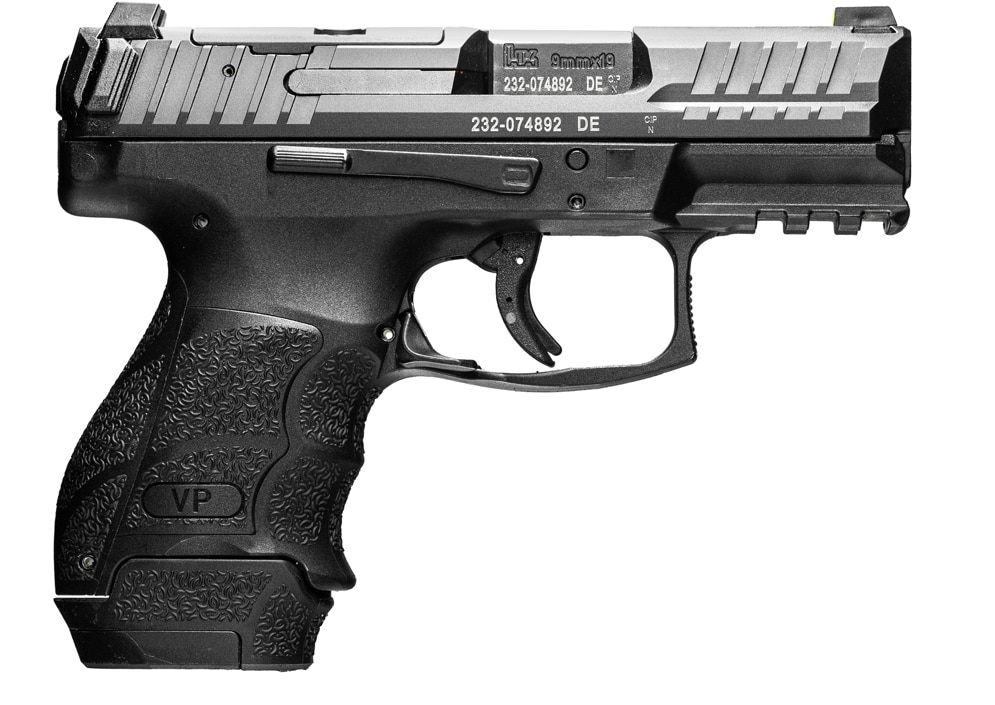 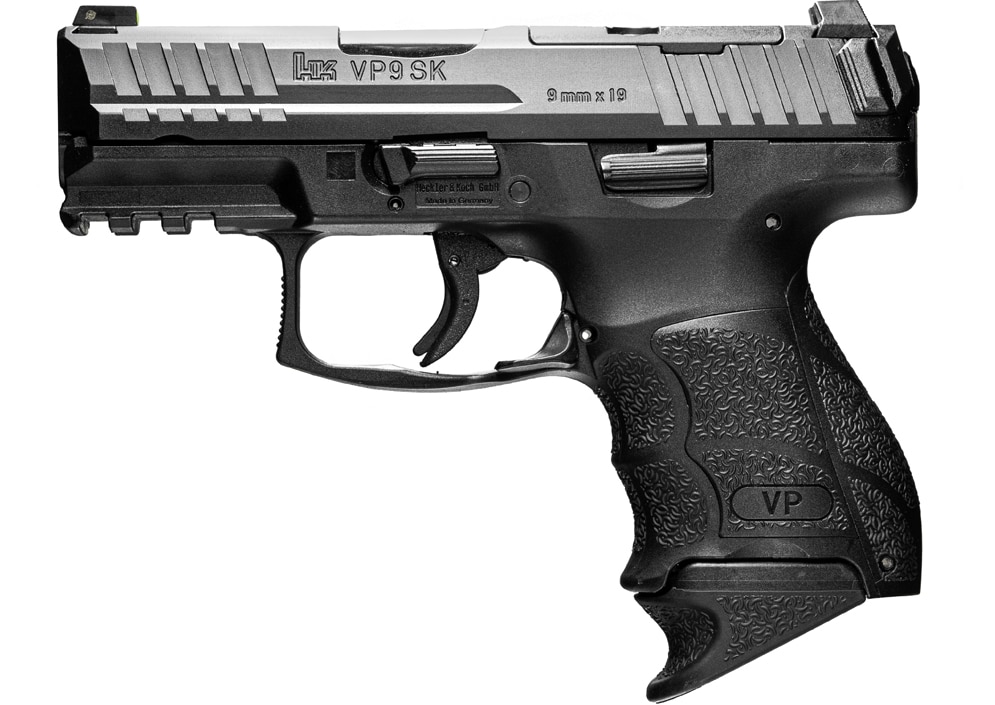 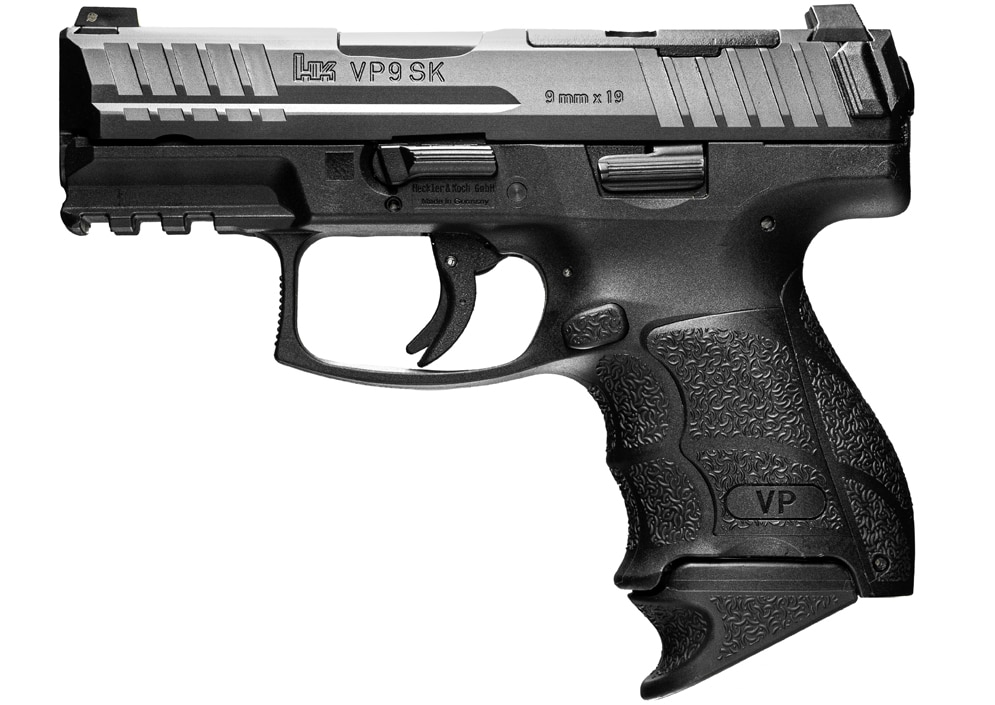 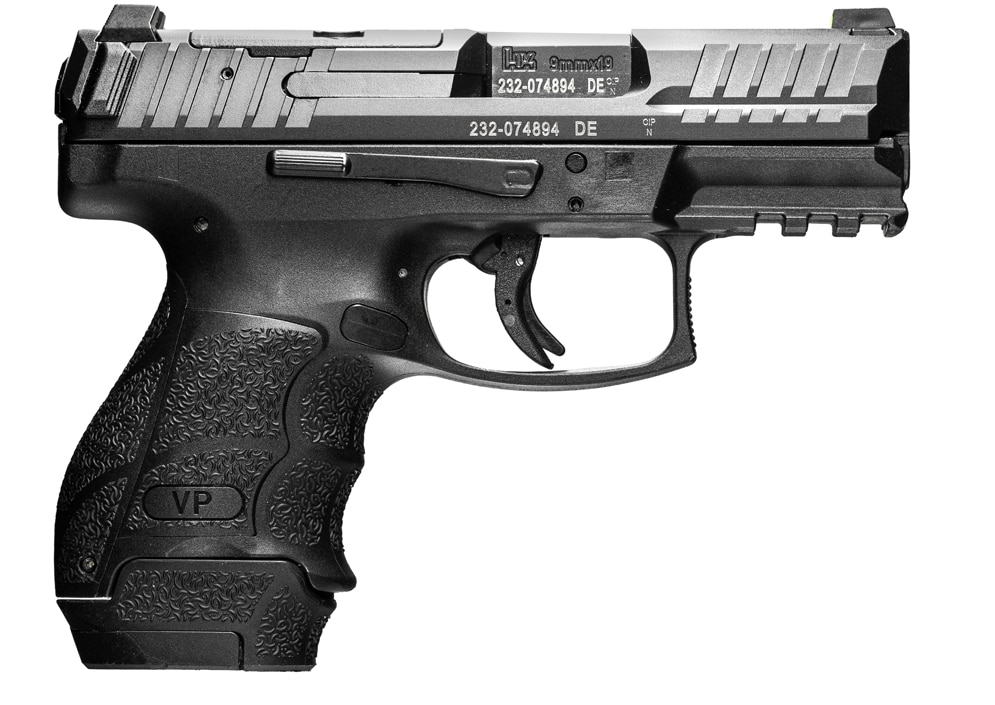 The eagerly anticipated subcompact model of the acclaimed Heckler & Koch VP Series handgun, VP9SK (in 9 mm) has all of the sought-after characteristics of larger frame VP pistols but in a more concealable design.

The highly-rated HK VP precision strike trigger is also found on the VPSK. The VP trigger surpasses those found on competitors. It has a short, light take-up with a solid, single action type break followed by a short positive reset. The net result is trigger quality unmatched in production striker fired pistols.

A small-scale interpretation of the completely adjustable VP grip feature — consisting of interchangeable backstraps and lateral grip panels — is replicated in the compact grip frame of the VP9SK. This allows the pistol to be easily modified to fit any individual user and is a feature found only on Heckler & Koch handguns. Molded finger grooves in the front of the pistol’s grip also instinctively position an operator’s hand for optimal shooting.

The VPSK has the features of the latest, state-of-the-art handgun. All controls are completely ambidextrous. Slide releases are present on both sides of the frame and the paddle style magazine release can be easily activated by left- or right-handed shooters.

VPSK pistols can use a variety of proven HK magazines, including compact double stack 10-round flat floor, 13/15-round extended magazines for a more ergonomic grip.

VPSK pistols have an abbreviated Picatinny MIL-STD-1913 rail molded into their polymer frame for mounting lights and accessories.

The VPSK’s machined steel slide is protected from corrosion and wear by HK’s hostile environment finish and all metal components, including springs and pins have superior metallurgy.

Despite their small size, VPSK subcompacts have excellent weight and balance making them naturally pointable, easy to control, and accurate to shoot. VPSK models are currently available in 9 mm.

VPSK pistols are made in Heckler & Koch’s Oberndorf factory in southwest Germany and are well suited for civilian sport shooting, security, military, and law enforcement use.

A high quality and well-engineered design, the VP9SK possesses all the features and long-term durability that make HK products especially cost-effective when subjected to total life cycle cost analysis.

Please confirm deletion. There is no undo!