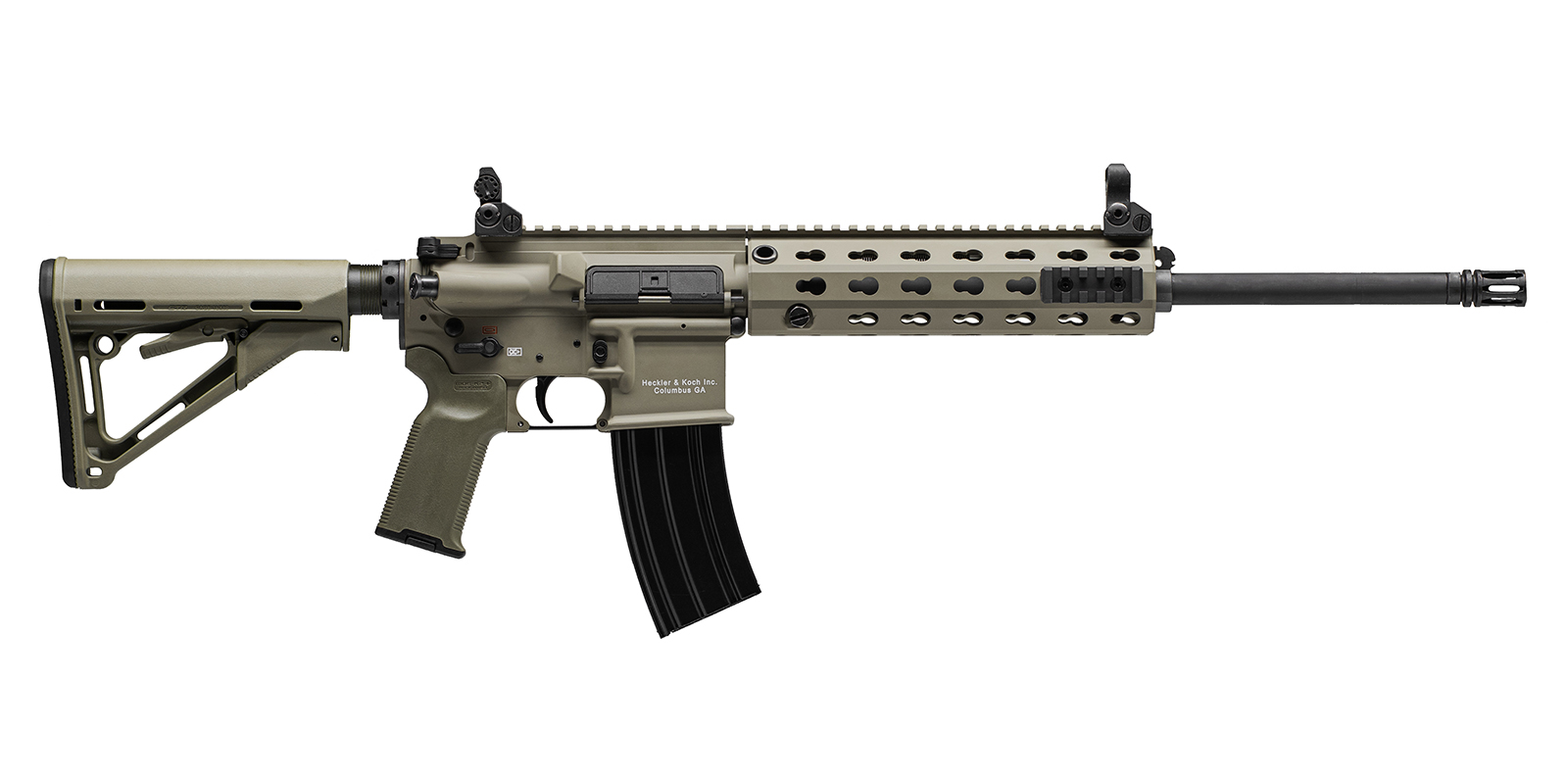 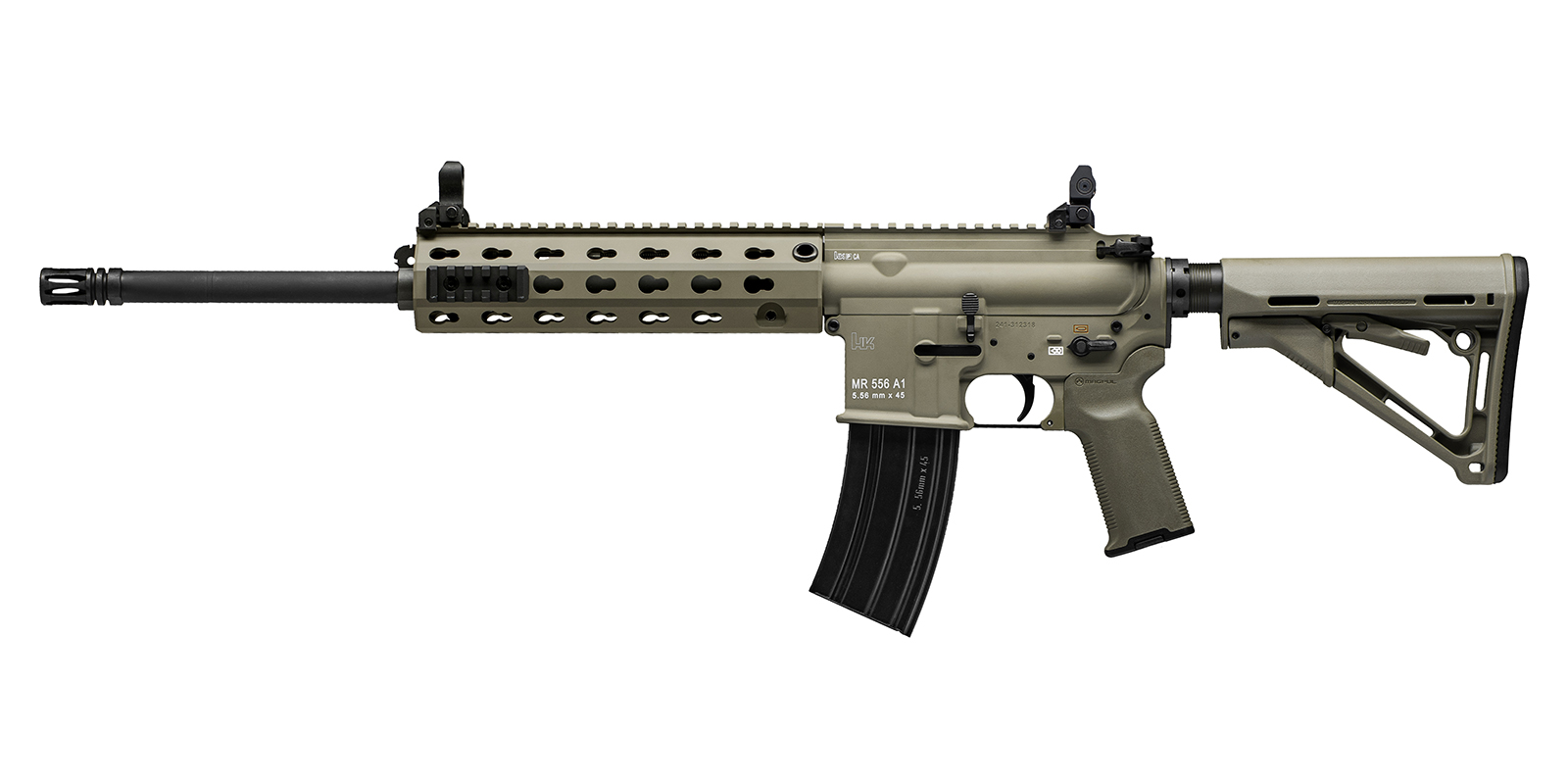 A direct descendant of the world famous HK416, the MR556A1 is a semi-automatic rifle developed by Heckler & Koch as a premium-level commercial/civilian firearm.

Like the HK416 and M27, the MR556A1 uses a proprietary HK gas piston and pusher-rod operating system in place of the gas tube normally found in AR15/M16/M4-style rifles.

This closed system virtually eliminates malfunctions that are common in direct-impingement gas systems, since hot carbon fouling and waste gasses are not propelled into the upper receiver to operate the action. This feature is critical to the success of the HK416 used by elite military and law enforcement customers.

The MR556A1 is assembled in the USA using US and German-made components and uses many of the same parts and assemblies developed for the HK416. It functions reliably and shoots accurately with a wide variety of quality 5.56mm or .223 ammunition.

Like the HK416, the MR556A1 uses a barrel that is cold hammer forged in Germany from the highest quality cannon-grade steel. HK’s methodical process includes may steps omitted by other manufacturers to produce superior accuracy and service life.

The MR556A1 barrel has six lands and grooves and a 1 in 7” twist. It is a taper-bore configuration with a slightly smaller internal diameter at the muzzle than at the chamber end for improved accuracy and velocity.

The MR556A1 is produced with the same commitment to quality as German-made HK firearms. By using joint US/German manufacturing Heckler & Koch leverages the relative strengths of two continents to make the preeminent AR-style firearm, combining the design innovations of the USA and Germany into one product.