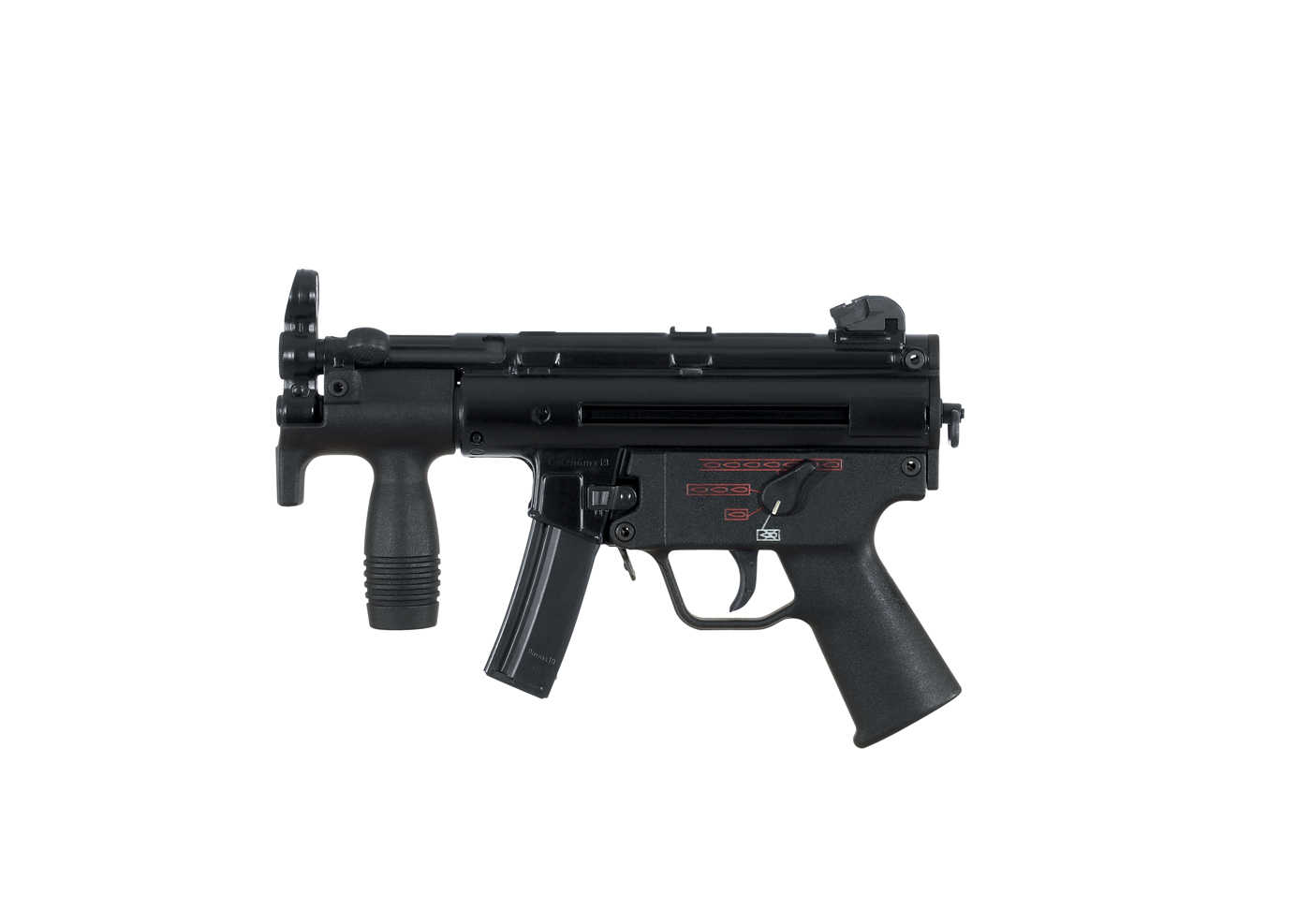 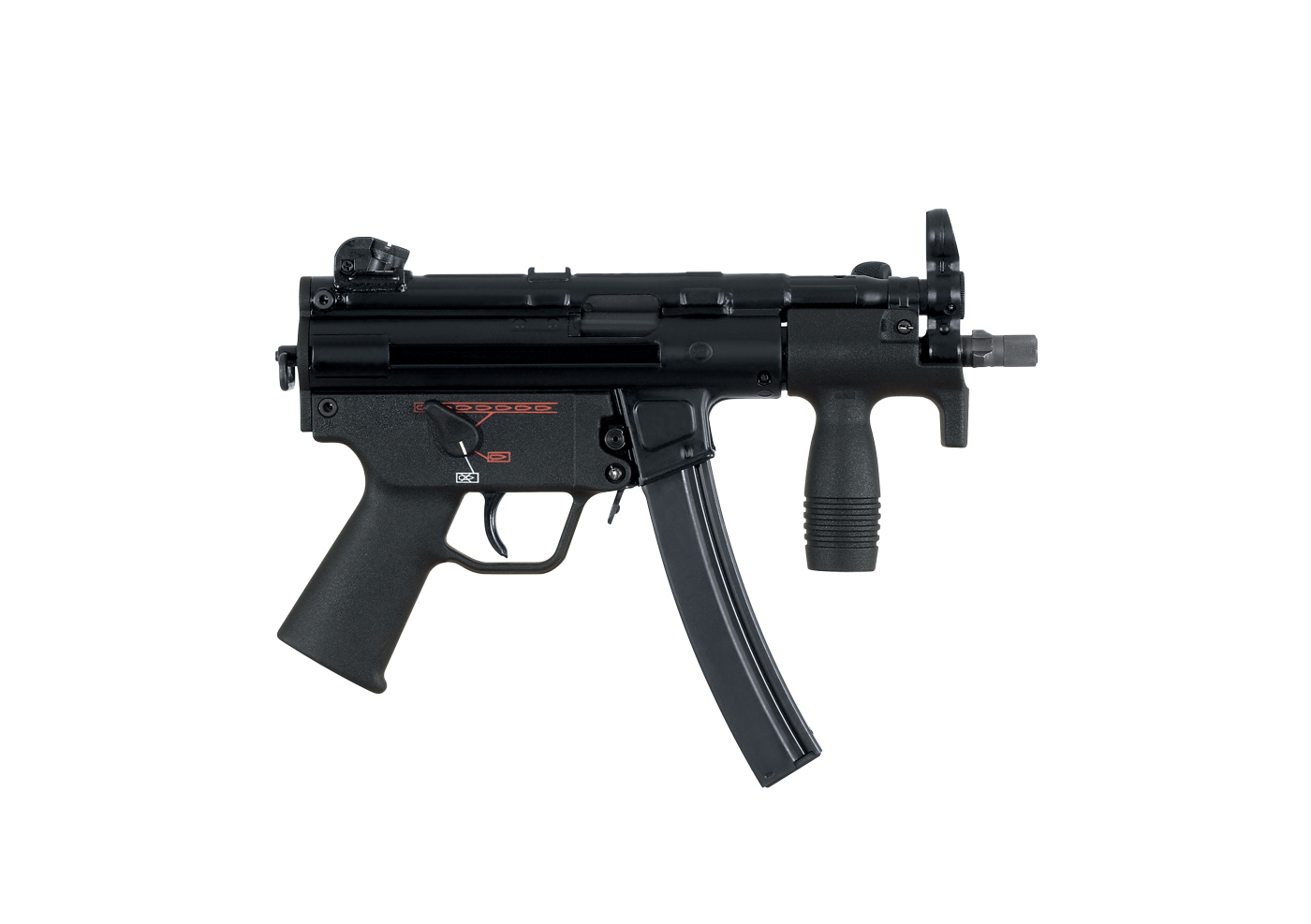 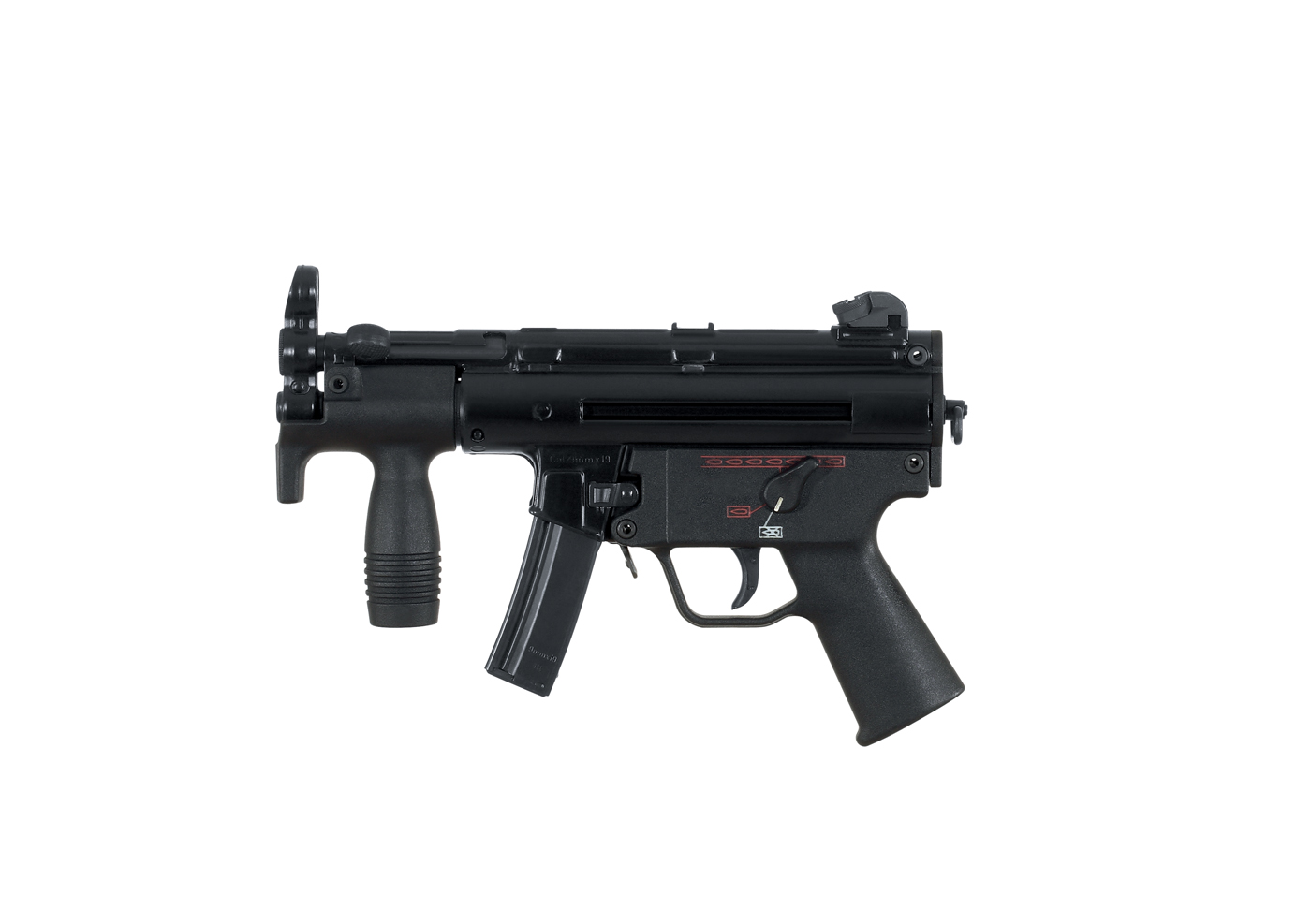 The MP5K is the ultimate close quarters weapon. At 4.4 pounds (2 kilograms) and less than 13 inches (330 mm) long, the MP5K is easily concealed and carried. Roughly the size of a large handgun — when compared to a full-size MP5 — the MP5K is characterized by a short length receiver and short, flush mount 4.52 inch (115 mm) barrel. An MP5K variant with a longer, threaded three-lug 5.5” barrel (for suppressor attachment) is also available.

To minimize overall length, MP5K variants are normally configured with a receiver endcap instead of a buttstock. Some MP5K models can be fired from inside specially designed briefcases. All MP5Ks can be fitted with an optional folding buttstock (MP5K-PDW configuration).

The MP5K shares the same characteristics of reliability, accuracy, ease of handling, simple maintenance, and safety common to all MP5 models. The chief difference from larger MP5 variants is the MP5K’s shorter receiver and shorter barrel. The MP5K fires from the closed-bolt position in all modes of fire making it extremely accurate and controllable.

MP5K variants are made using same advanced Heckler & Koch technology and superior materials. Barrels are cold hammer forged with machined and stamped high strength steel and polymer components making up the rest of the MP5.

The MP5K also accepts a wide selection of optional MP5K trigger groups — slightly shorter that full size trigger groups — including single fire only, full automatic, 2-round, and 3-round burst options. The MP5K’s modular design enables a variety of optional buttstocks, forearms, sight mounts, magazines, and other accessories to be installed for maximum mission flexibility.

NOTE: The MP5K has a shorter receiver and shorter flush mount 4.52” barrel than the other MP5 variants (typically with an end cap and no buttstock). The MP5K-PDW (Personal Defense Weapon) model that incorporates a folding buttstock along with a three-lug 5.5” barrel for suppressor attachment is covered separately. 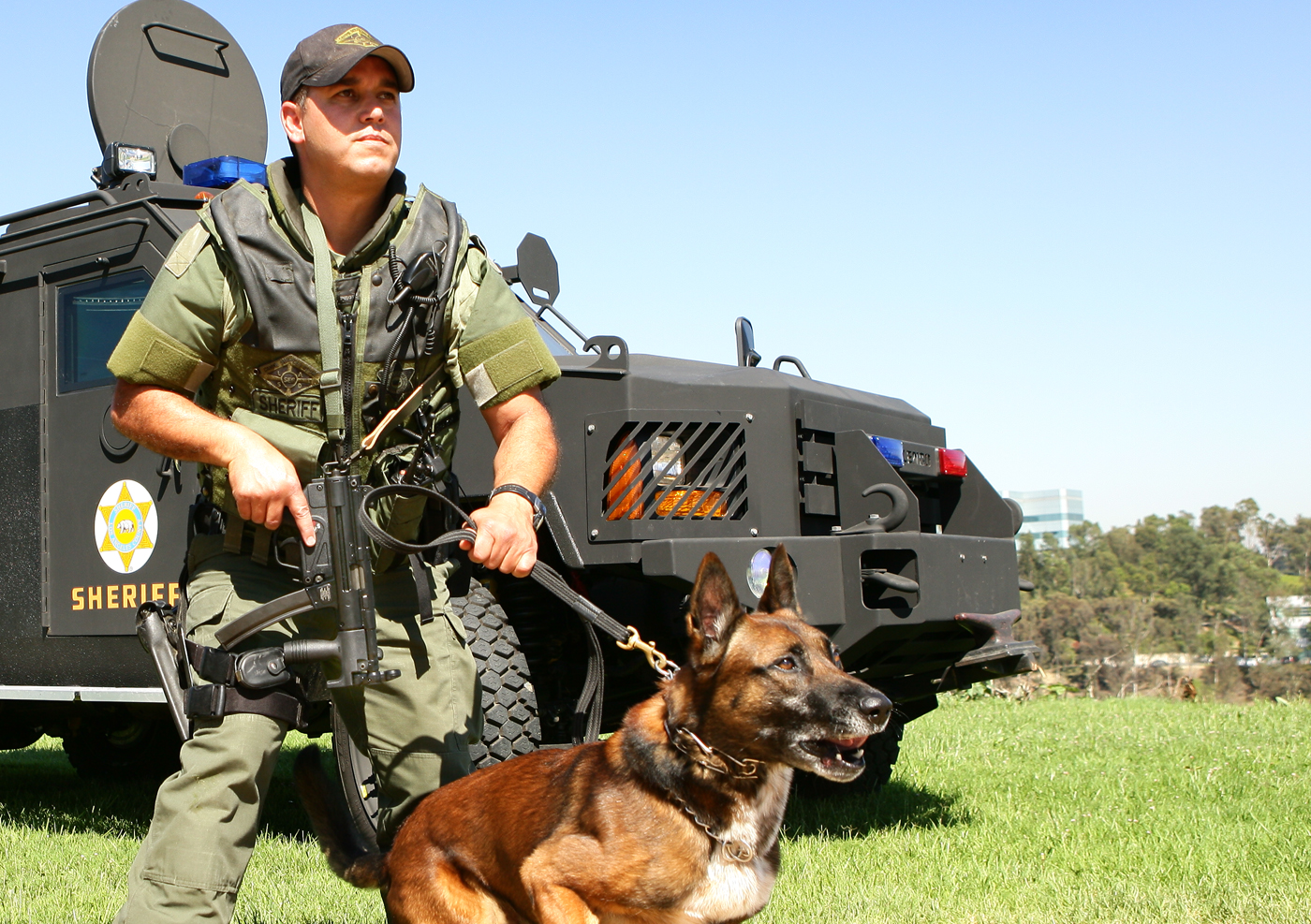 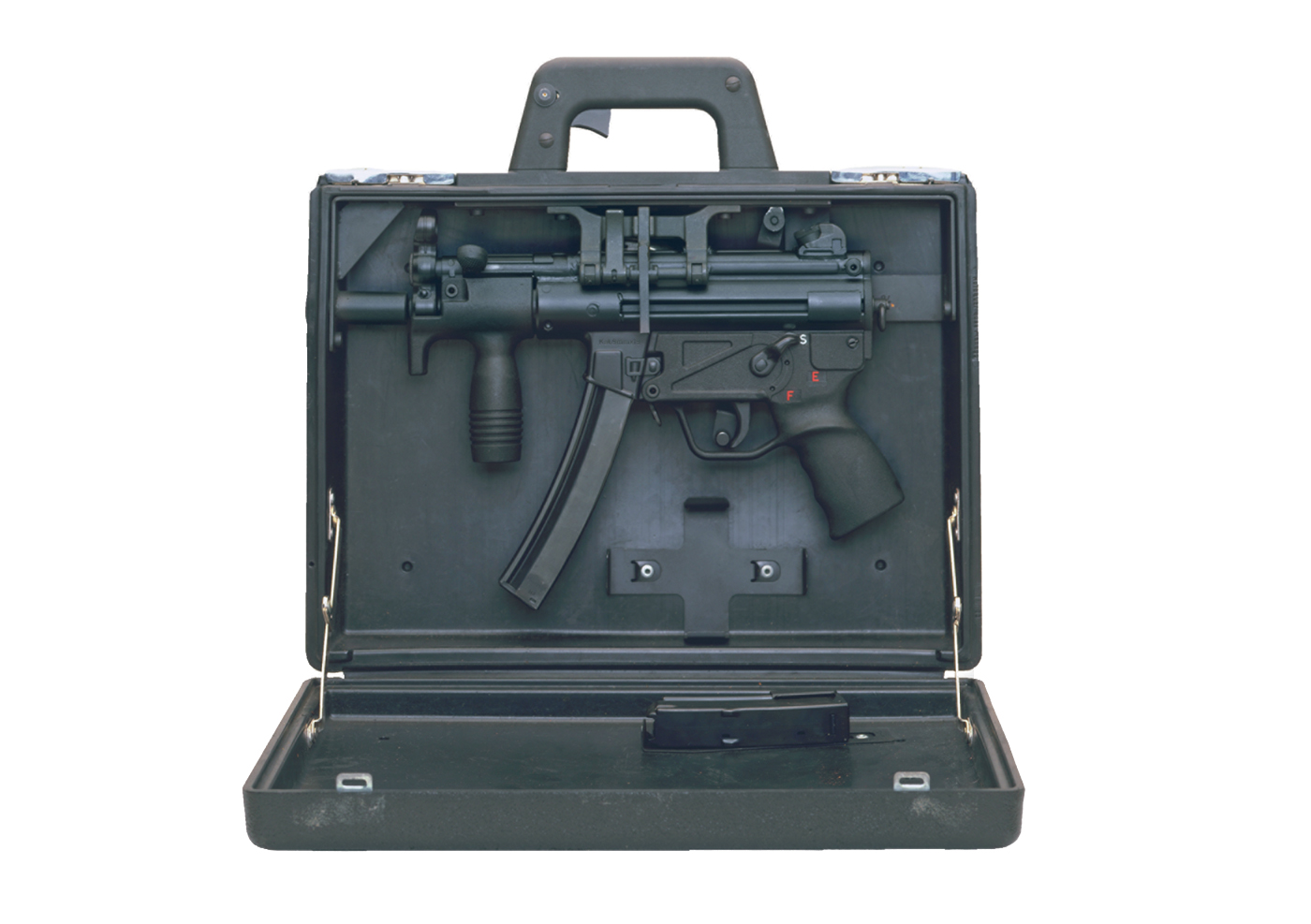 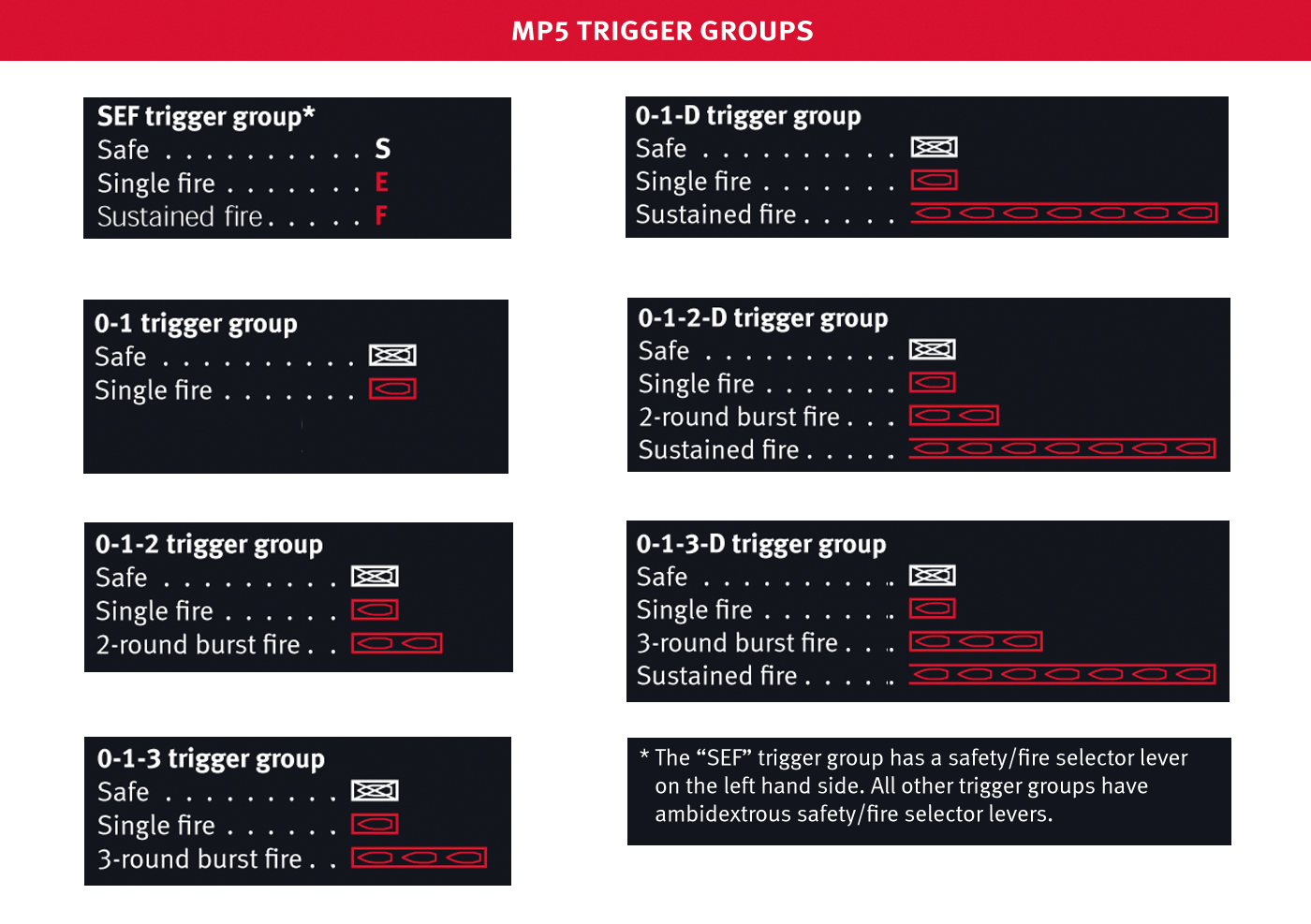