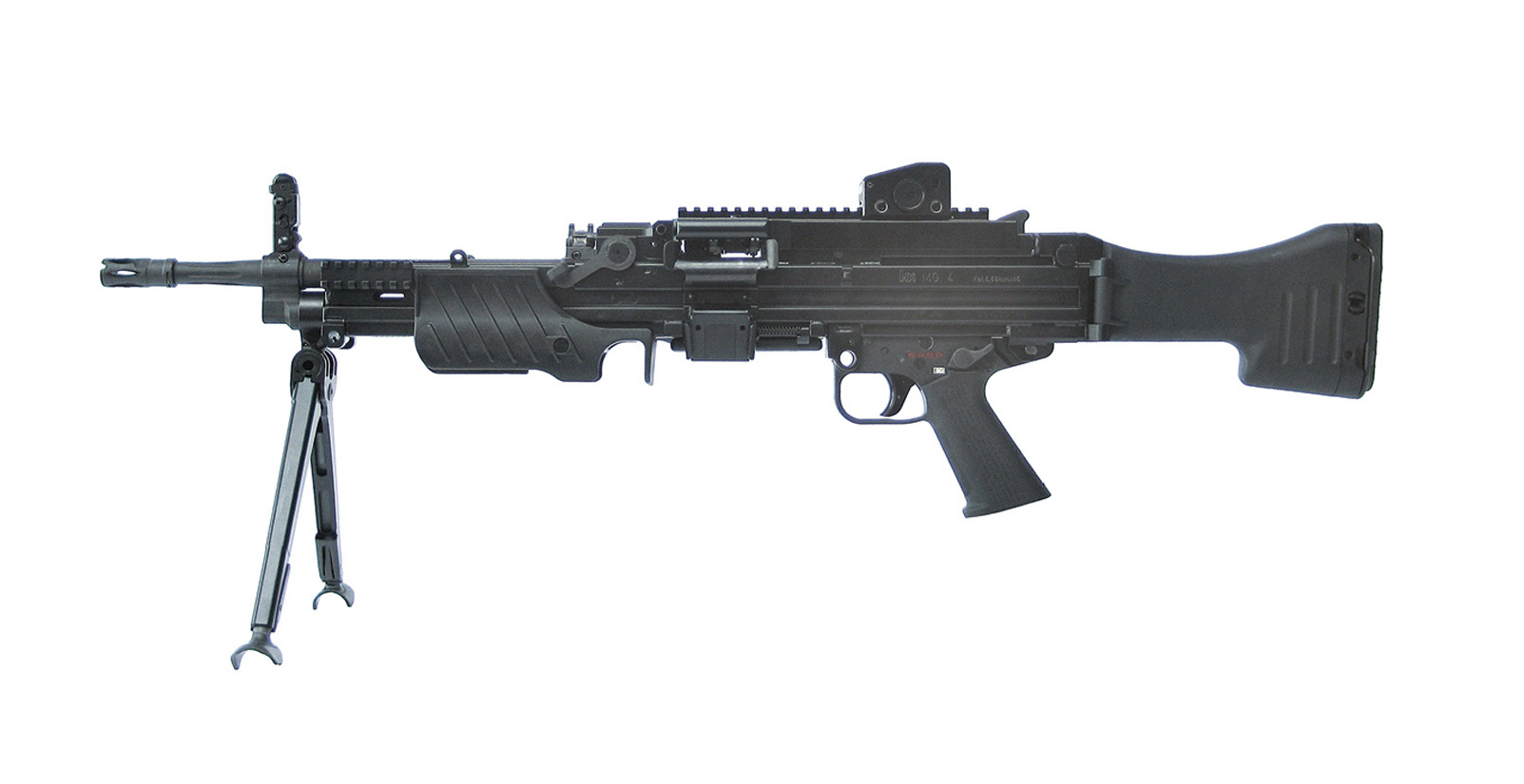 Originally developed as the HK MG43, this 5.56mm light machine gun was recently selected for fielding by the German military as the “MG4”. The experience gained in the course of several stringent national and international weapons trials was incorporated into the design of the MG4. During a recent desert test in the U.S., a single MG4 prototype successfully fired a total of 104,000 rounds using only a single barrel.

Its light weight and compact dimensions make the MG4 a “one man weapon” capable of playing a critical role in support of both offensive and defensive military tactical operations. The MG4 may be fired from any position, even from the hip. The MG4 uses a proven gas-operated system combined with rotating bolt head and it fires from the open bolt position is extremely reliable and accurate.

Among the many features of the MG4 is an ambidextrous safety/selector lever with safe and full automatic fire positions, folding bipod, and a folding buttstock for compactness. It has A quick change barrel that can safely be changed when hot. Empty shell casings eject downward.

The newest in the HK belt-fed machine gun line, the MG4 incorporates the latest in gas-operated reliability, in a superior design for maximum life, robust service, and unparalled simplicity.