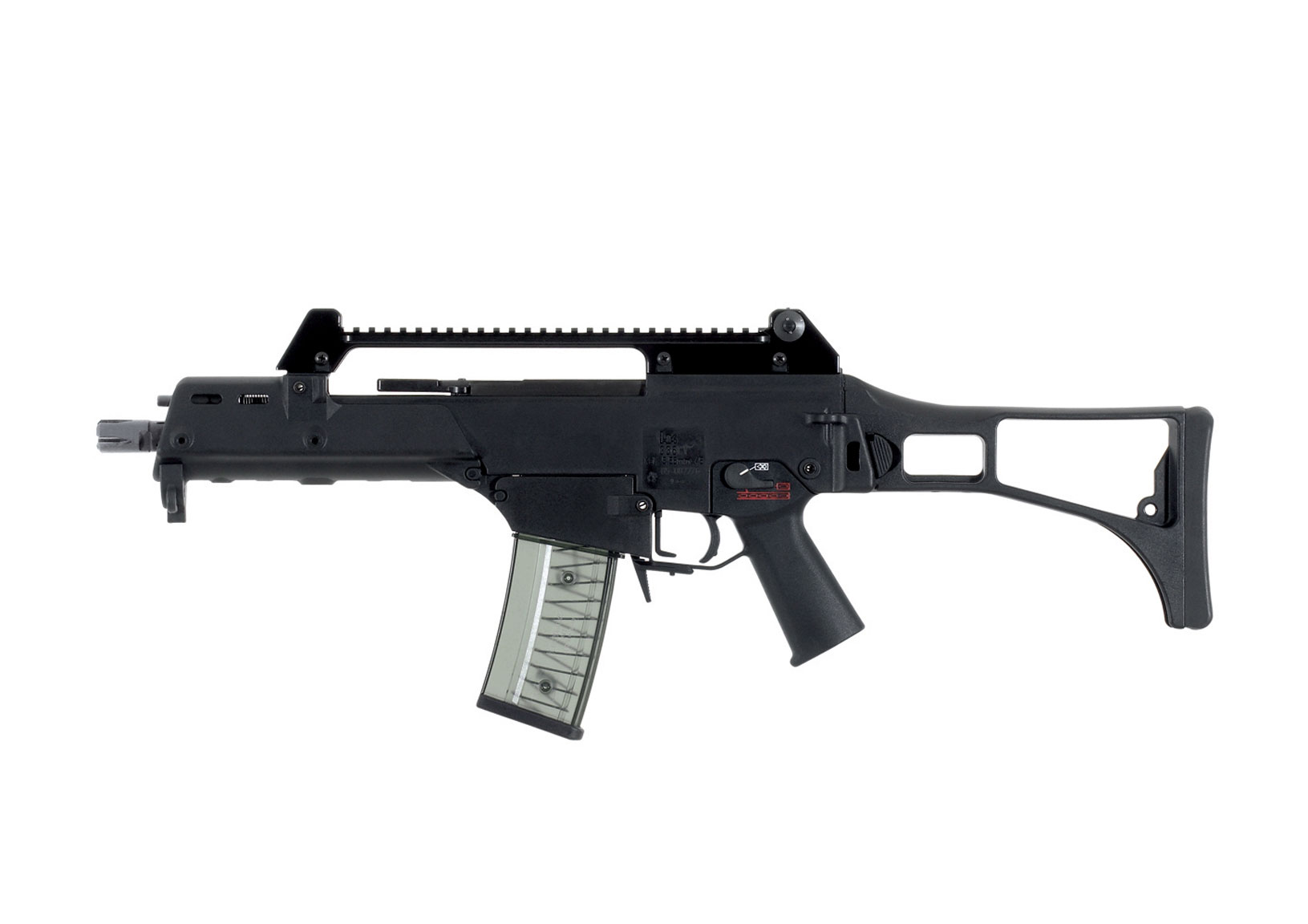 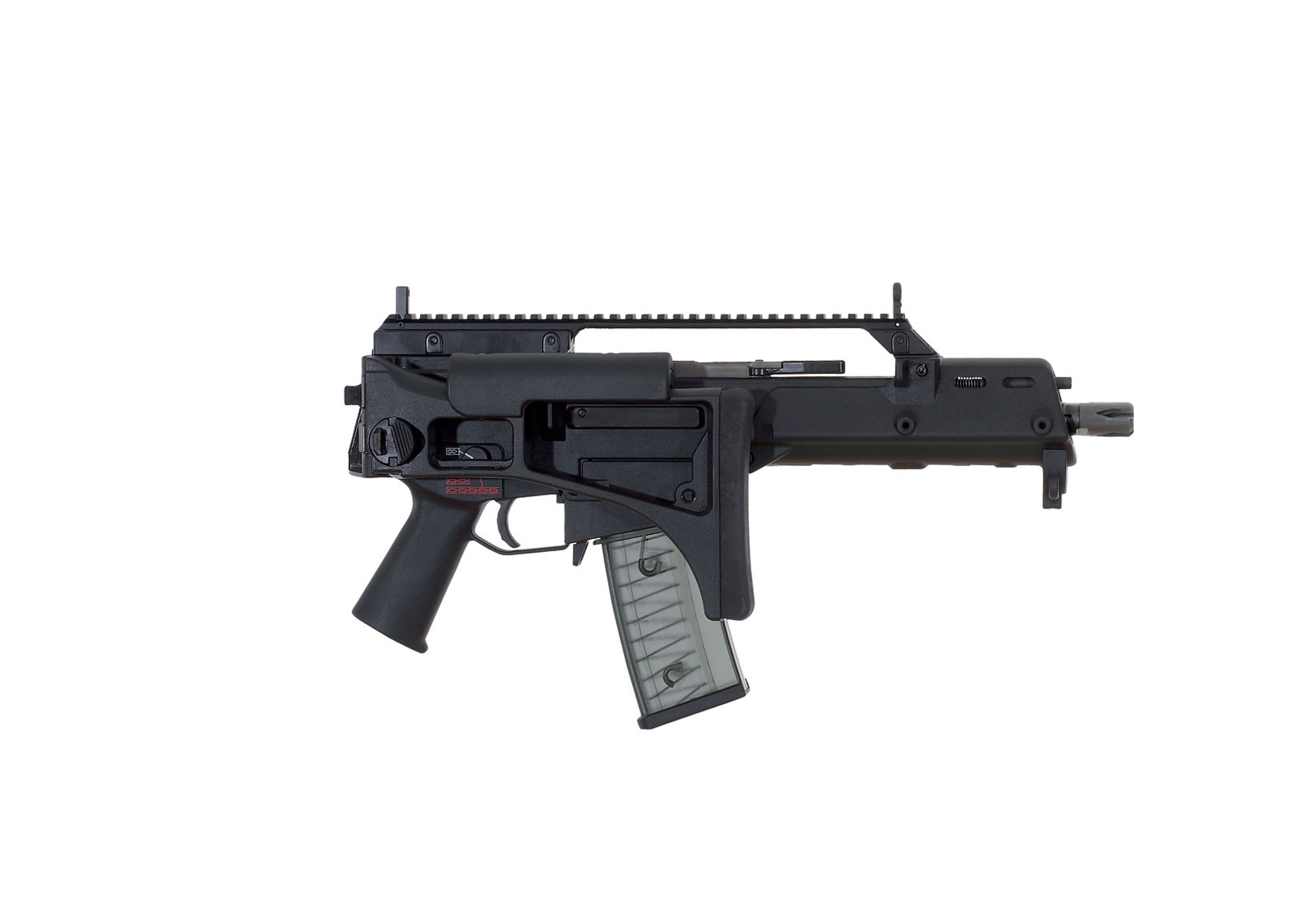 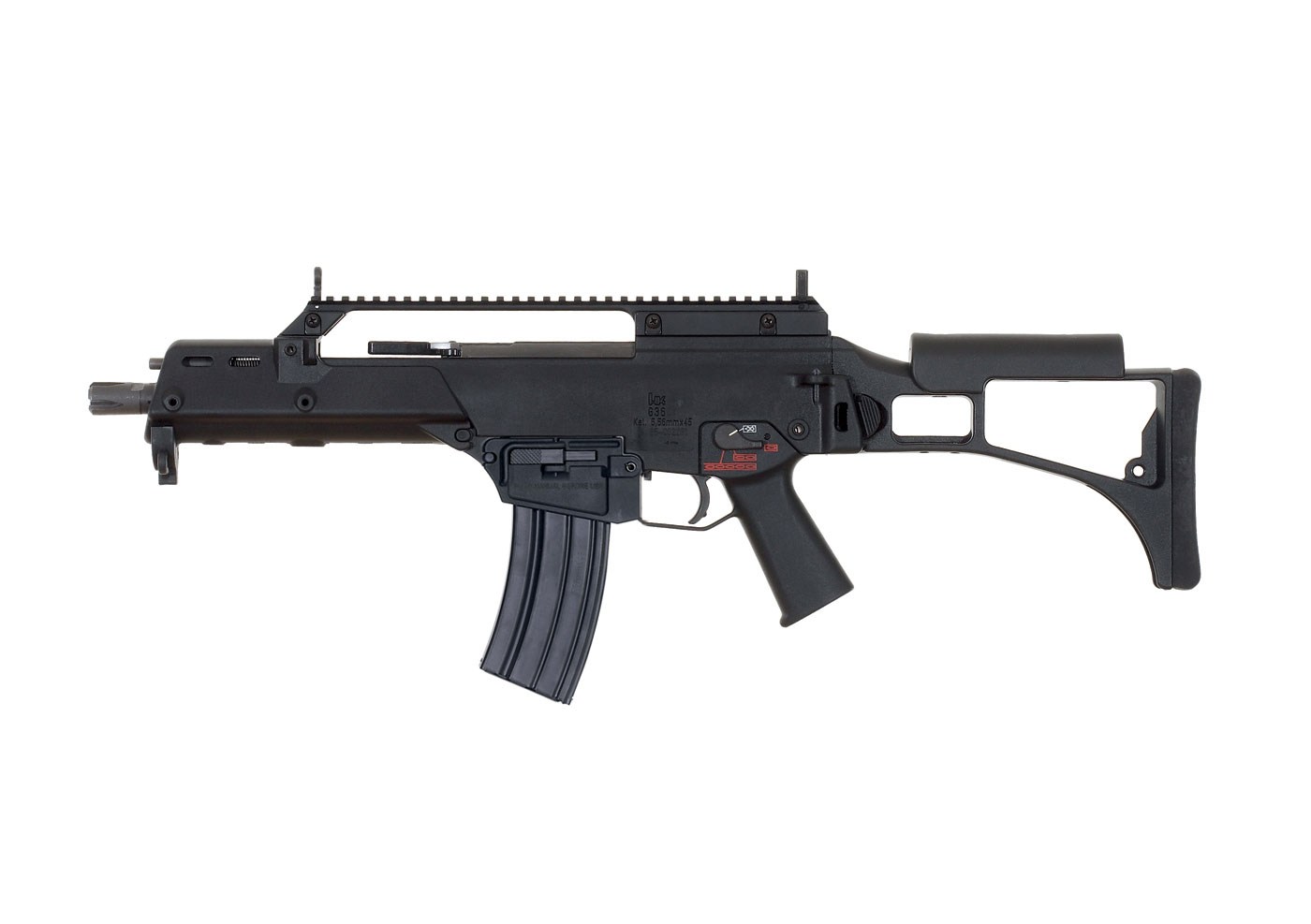 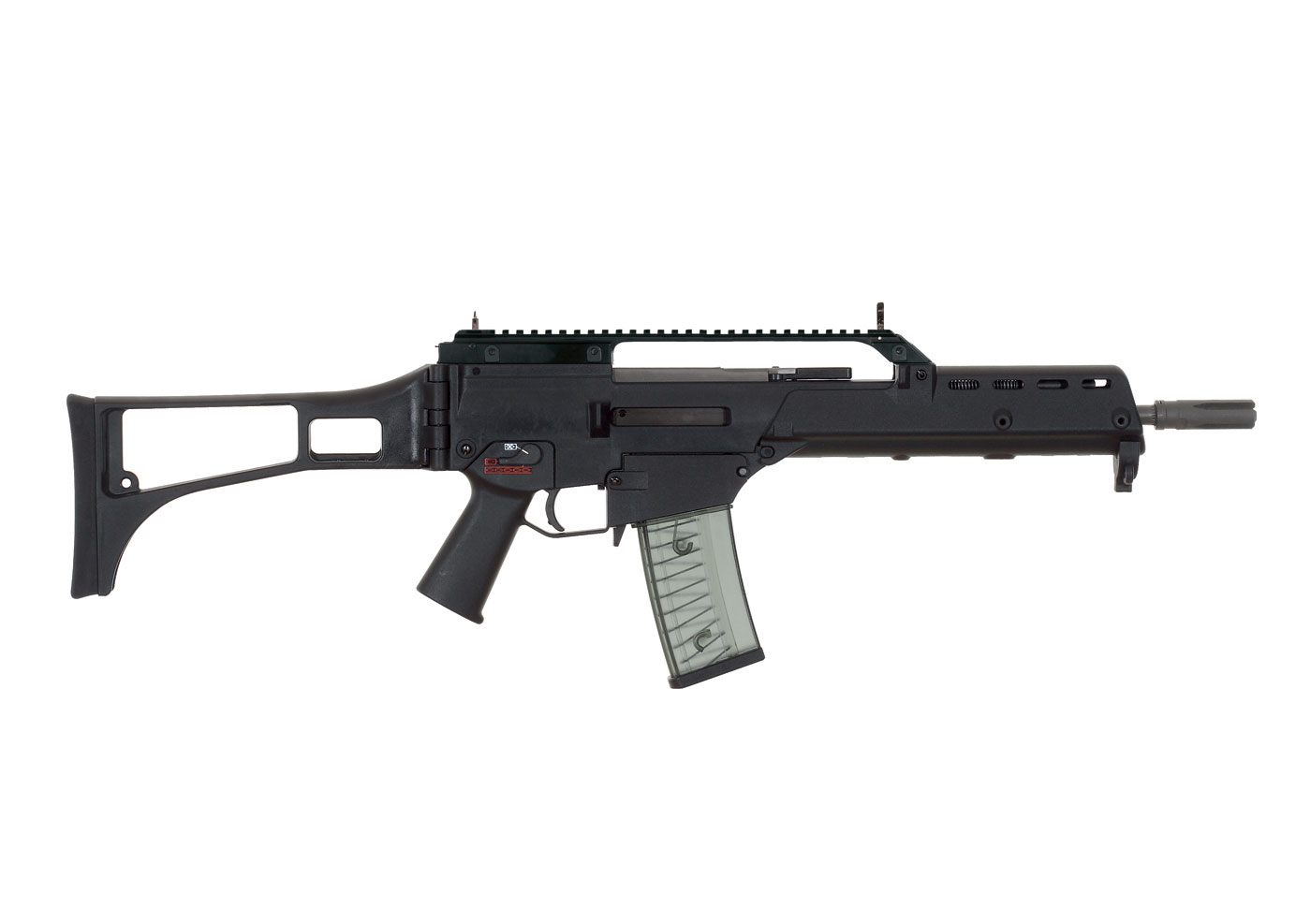 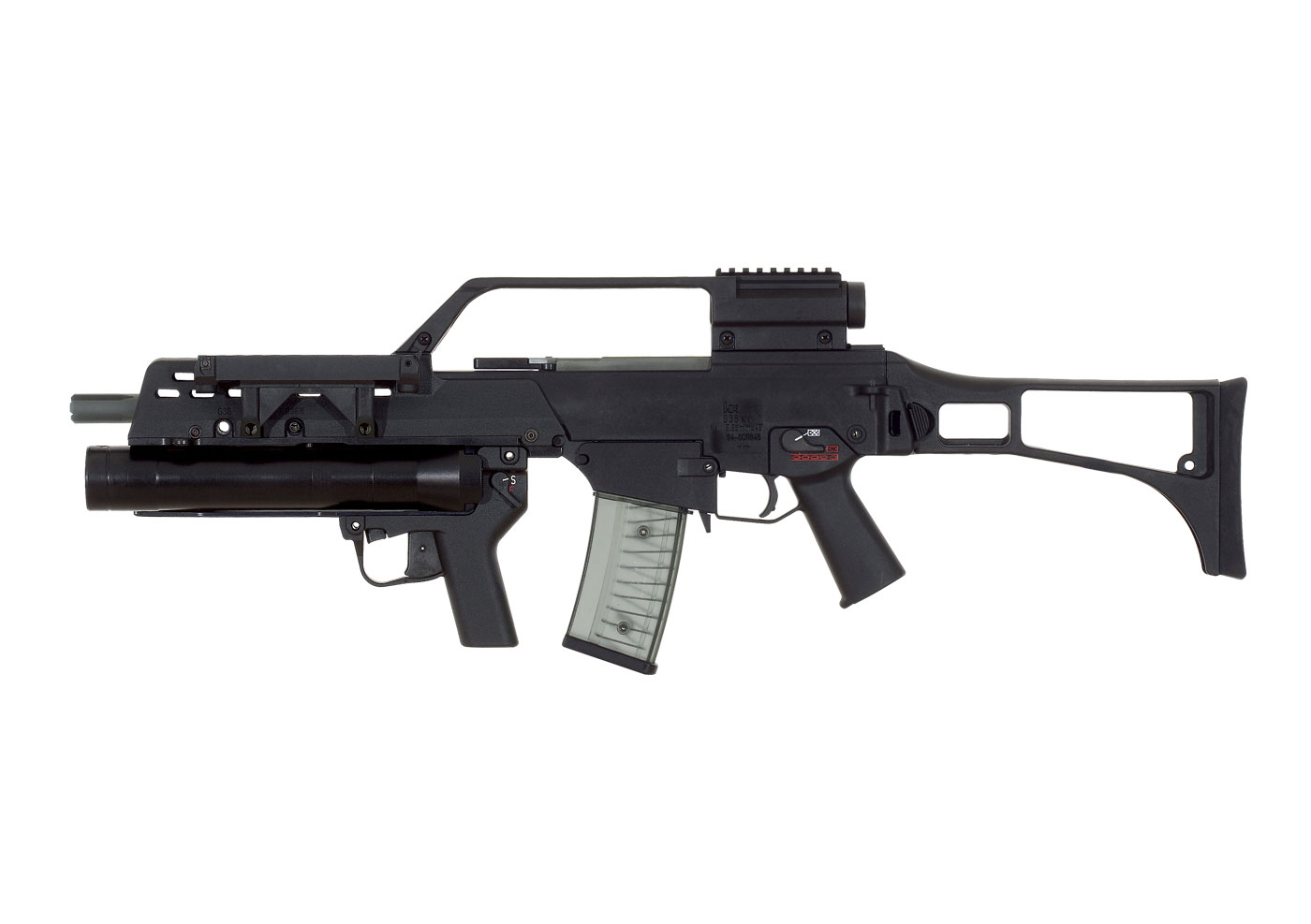 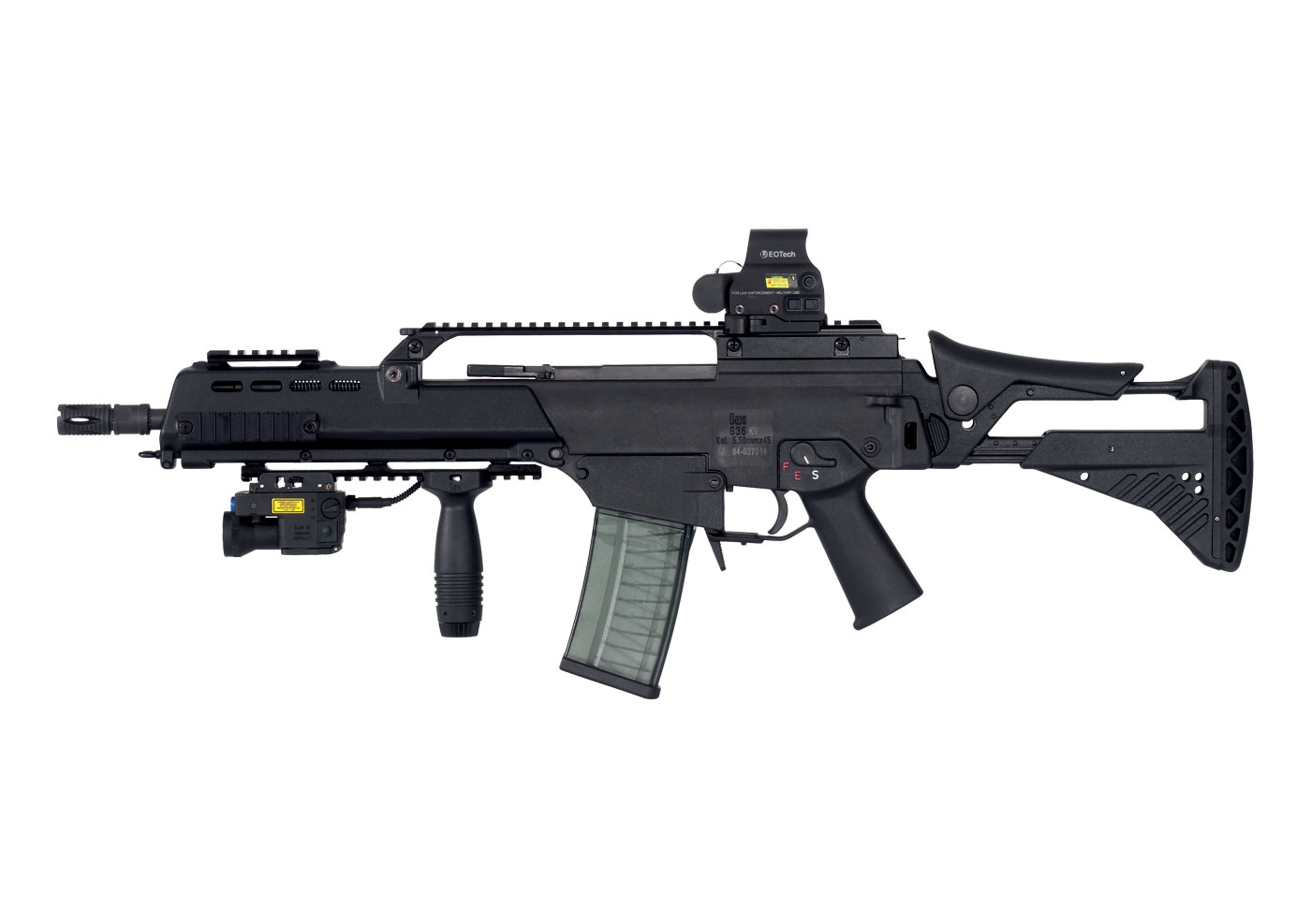 With its short 8.98 inch (228 mm) barrel and buttstock folded, the G36C (compact carbine) has an overall length of less than 20 inches— shorter that an MP5 submachine gun. It is the perfect 5.56 mm weapon for use in confined areas such as a vehicle. The G36C can even be fired with its buttstock folded. With the installation of an HK G36 magazine conversion magazine well, the G36C can use widely available AR/M16/M4 type magazines.

Optional accessories, including laser aimers and weapon lights can be mounted on MIL-STD-1913 Picatinny rails that attach to hard points (at the 3, 6, 9 o’clock positions) on the weapon’s free-floating handguard. Optical sights can be easily installed on the MIL-STD-1913 Picatinny rail on the top of the receiver. Several accessory buttstocks are also available, including stocks adjustable for length-of-pull and cheekpiece height.

The G36 uses an HK-proprietary operating system found on several current Heckler & Koch arms, including the HK416. The G36 gas system uses a piston to drive an operating rod to control the function of the bolt, preventing propellant gases and the associated carbon fouling from entering the weapon’s interior. This increases the reliability of the weapon and extends the interval between stoppages. It also reduces operator cleaning time, heat transfer to the bolt and bolt carrier, and wear and tear on critical components.

The barrel of any G36 variant can be exchanged by a unit armorer to create a rifle, carbine, or compact carbine, using the same common receiver. Exhaustively tested and currently fielded with the German and Spanish Armed Forces the G36 is also used by military, law enforcement, and government customers of more than 40 countries. 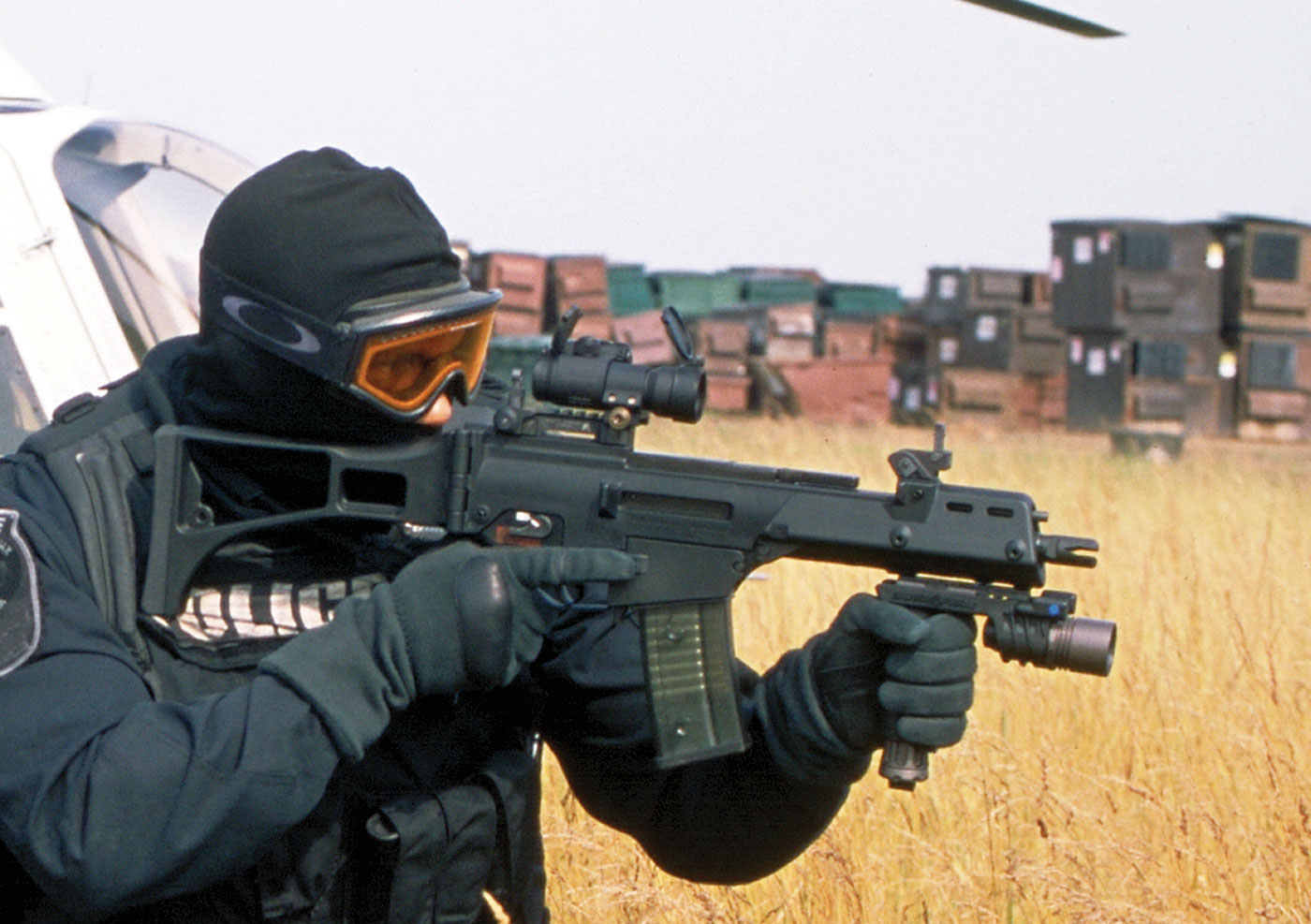 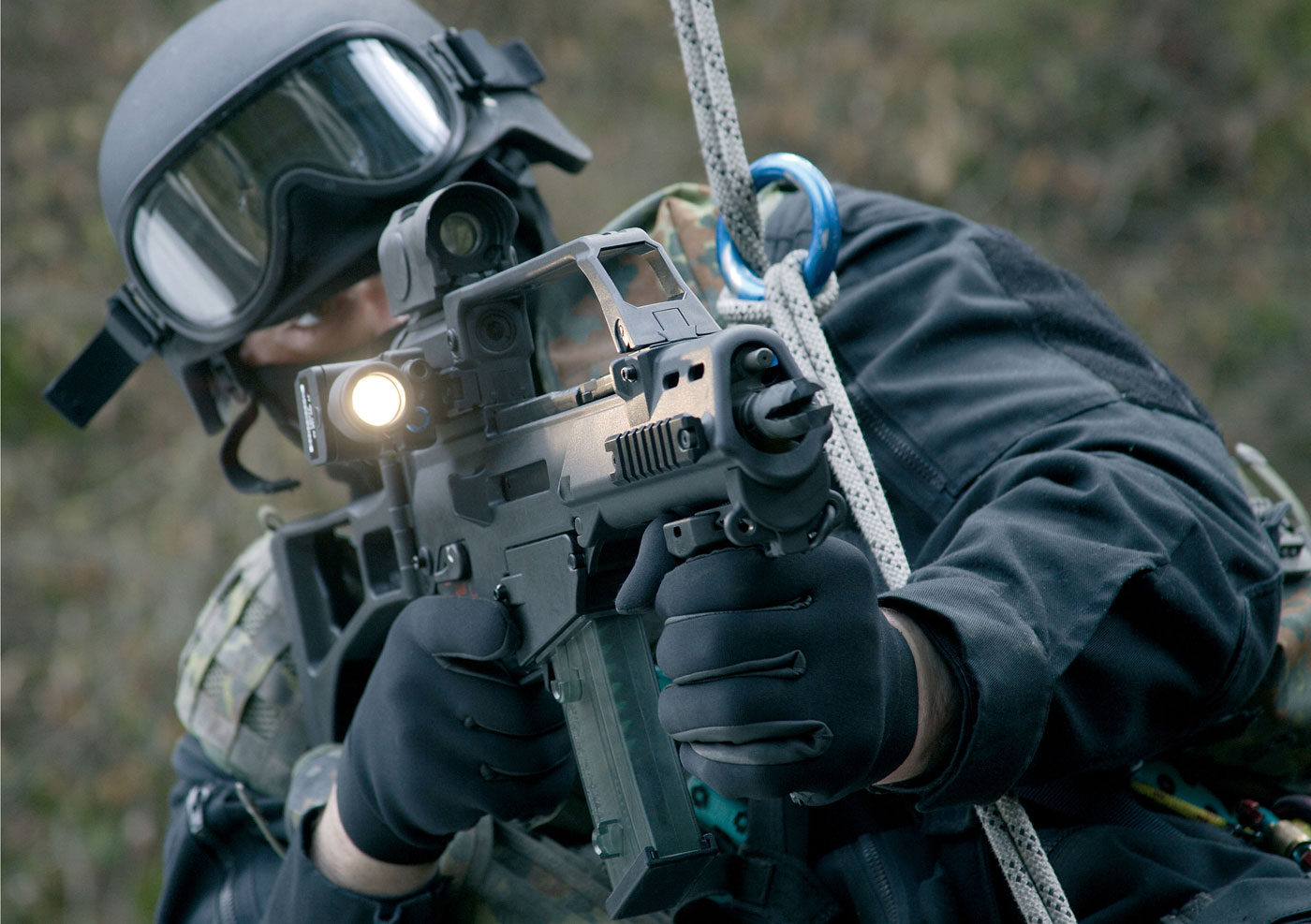 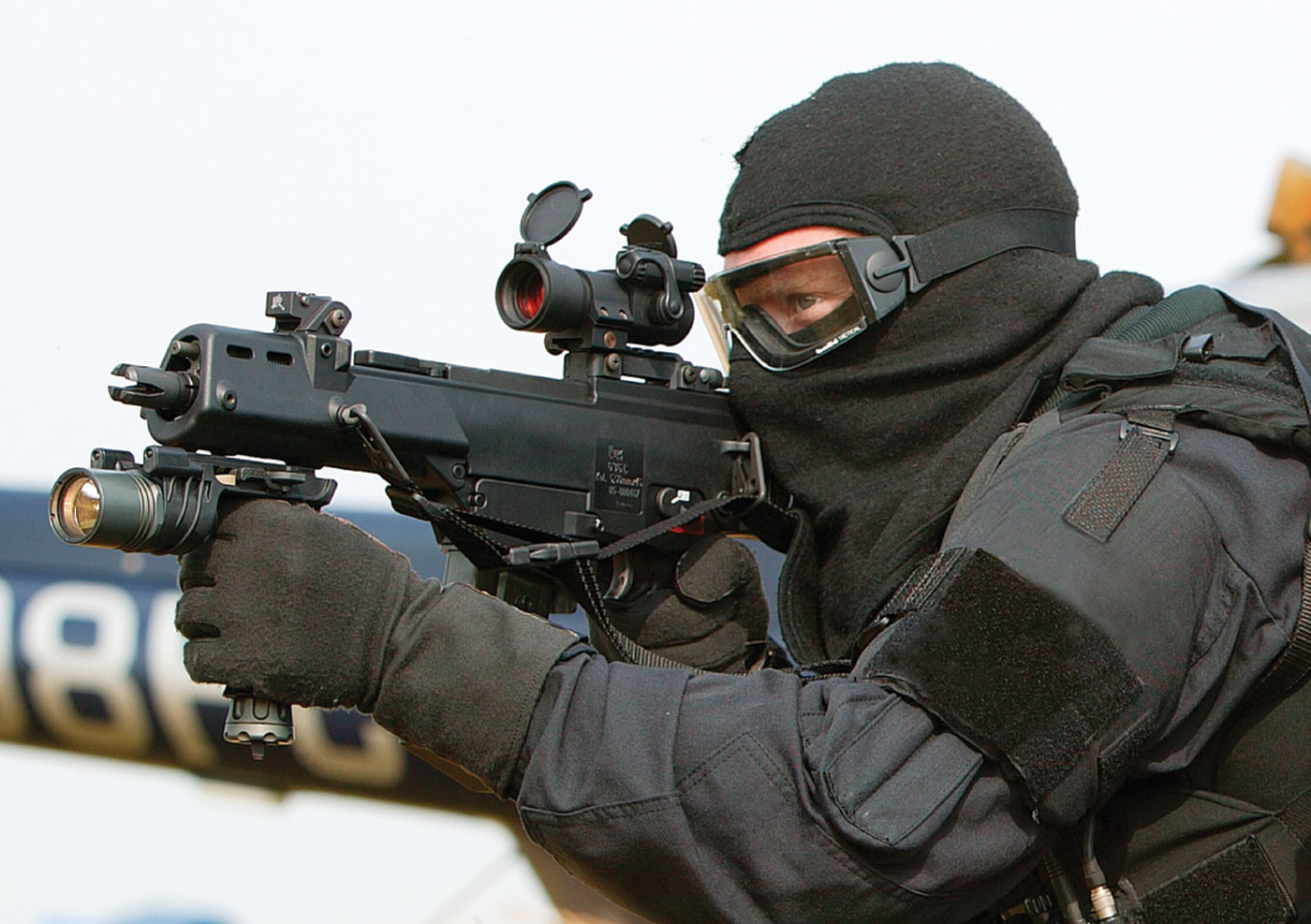 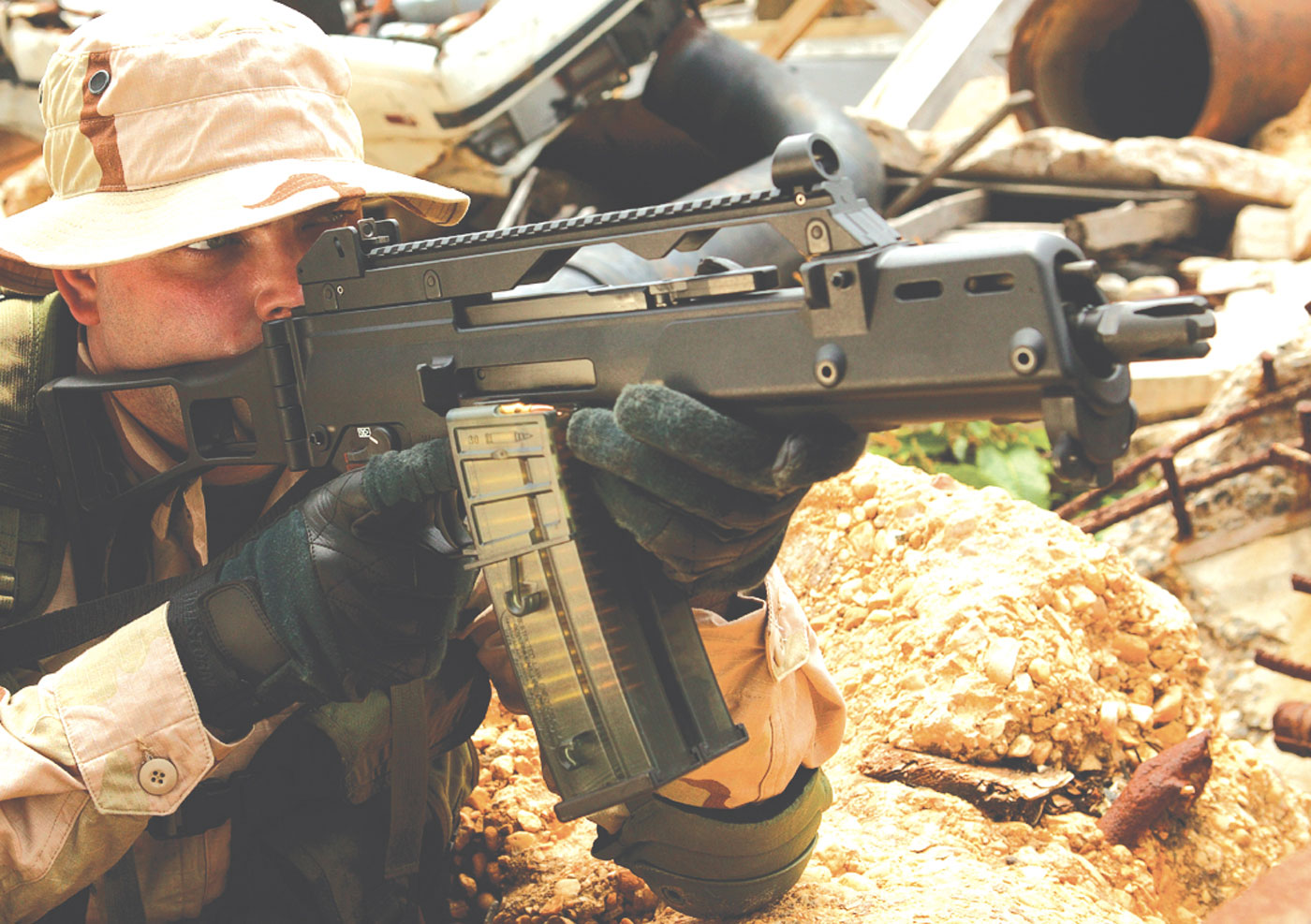 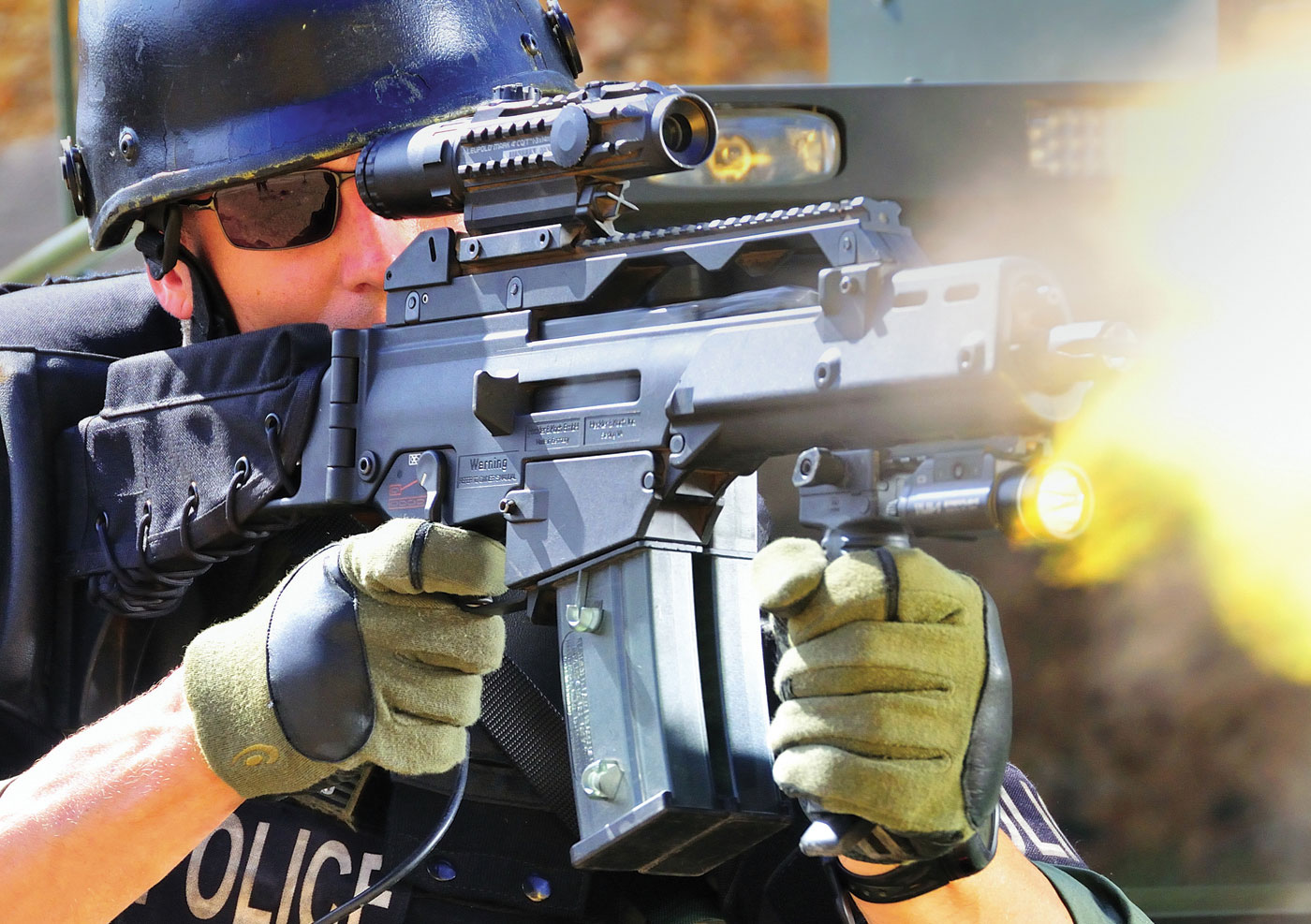 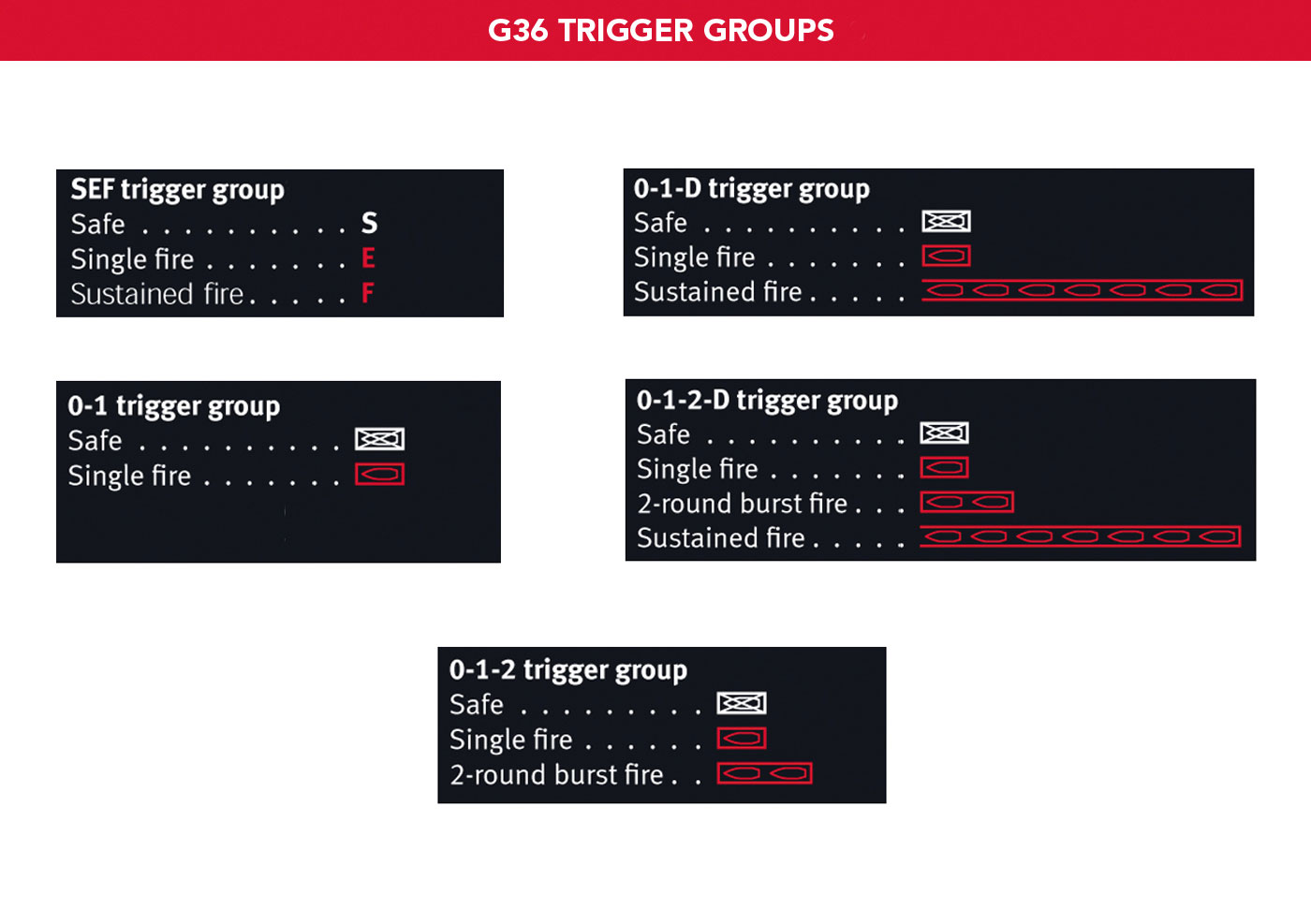 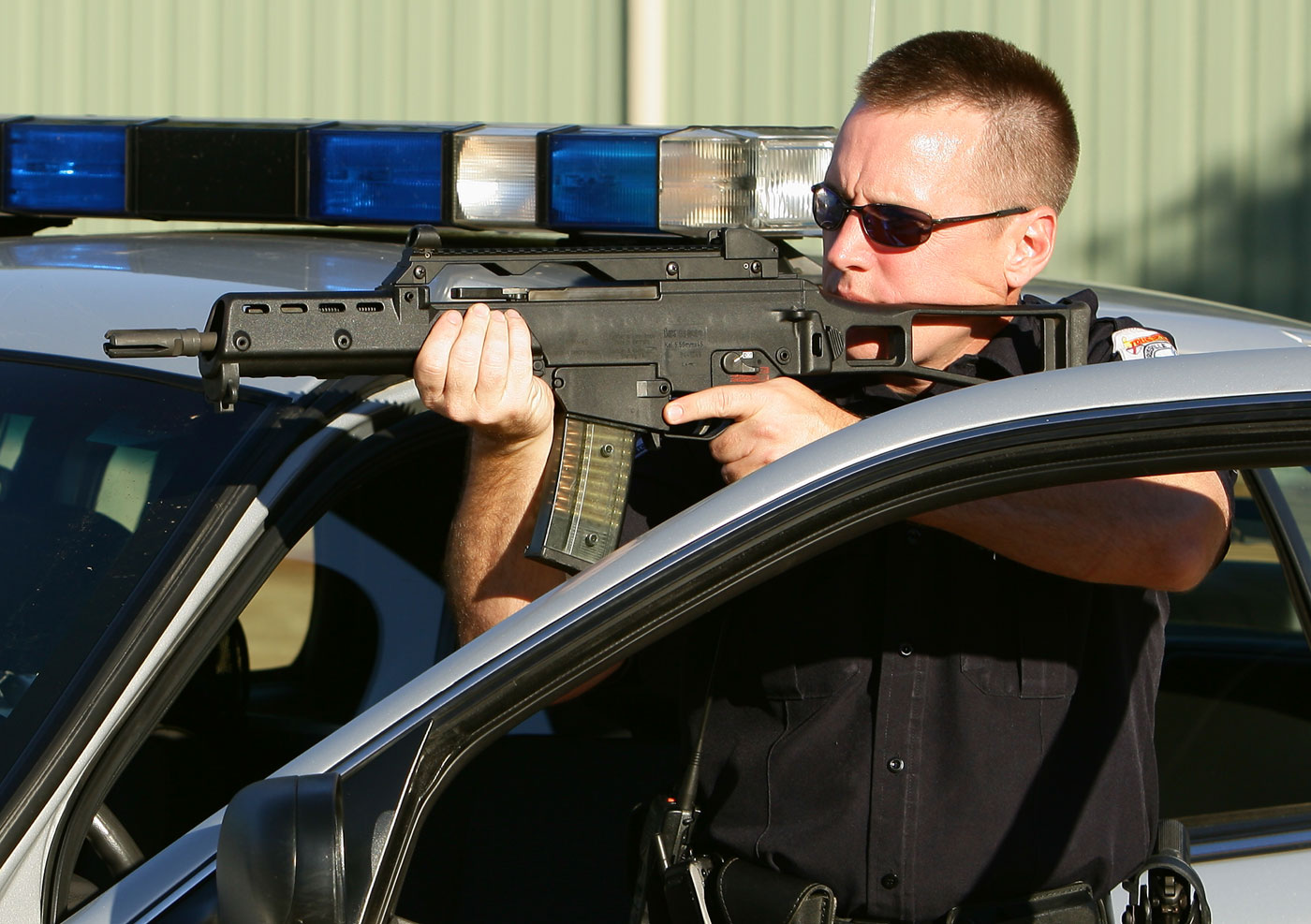 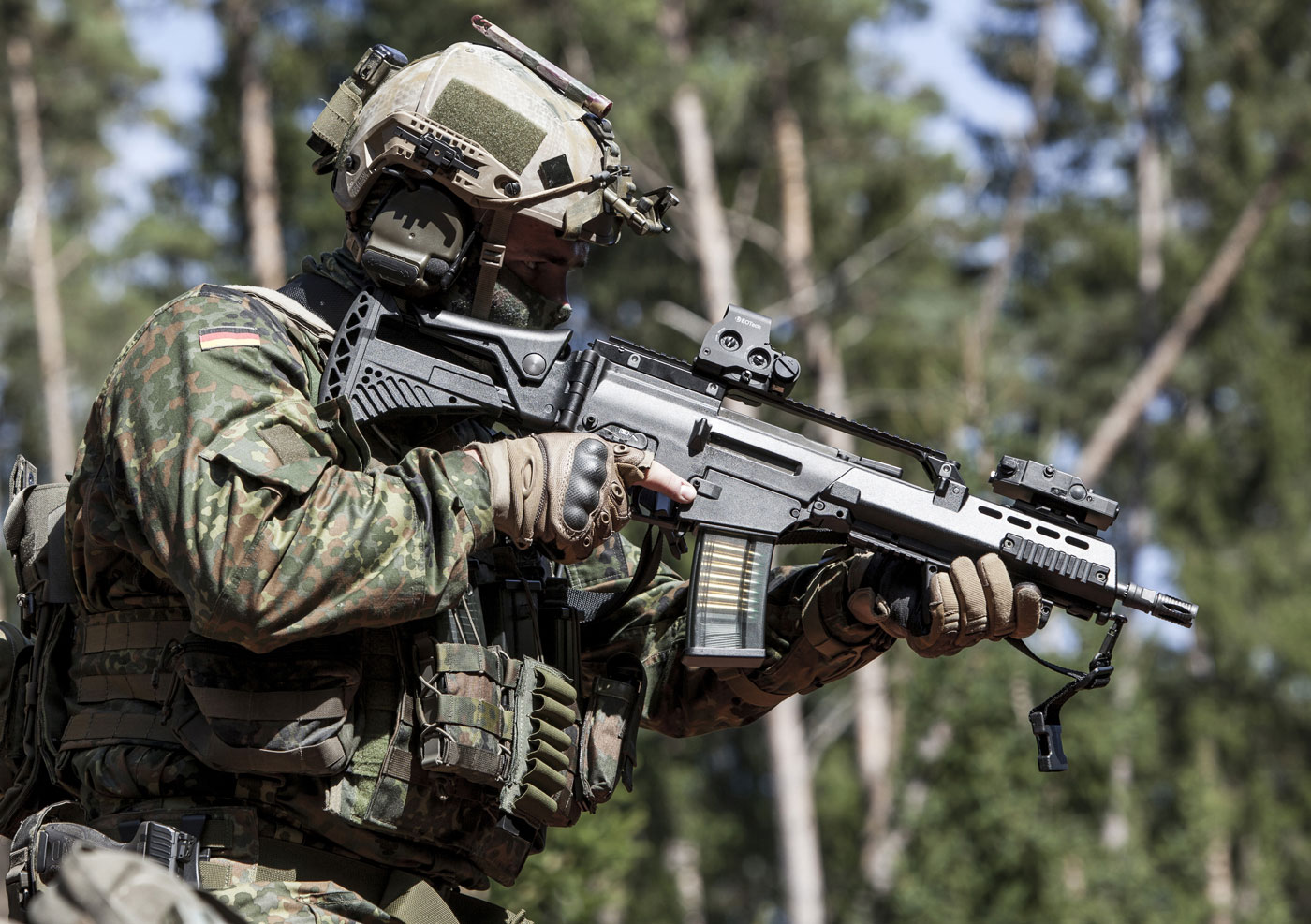