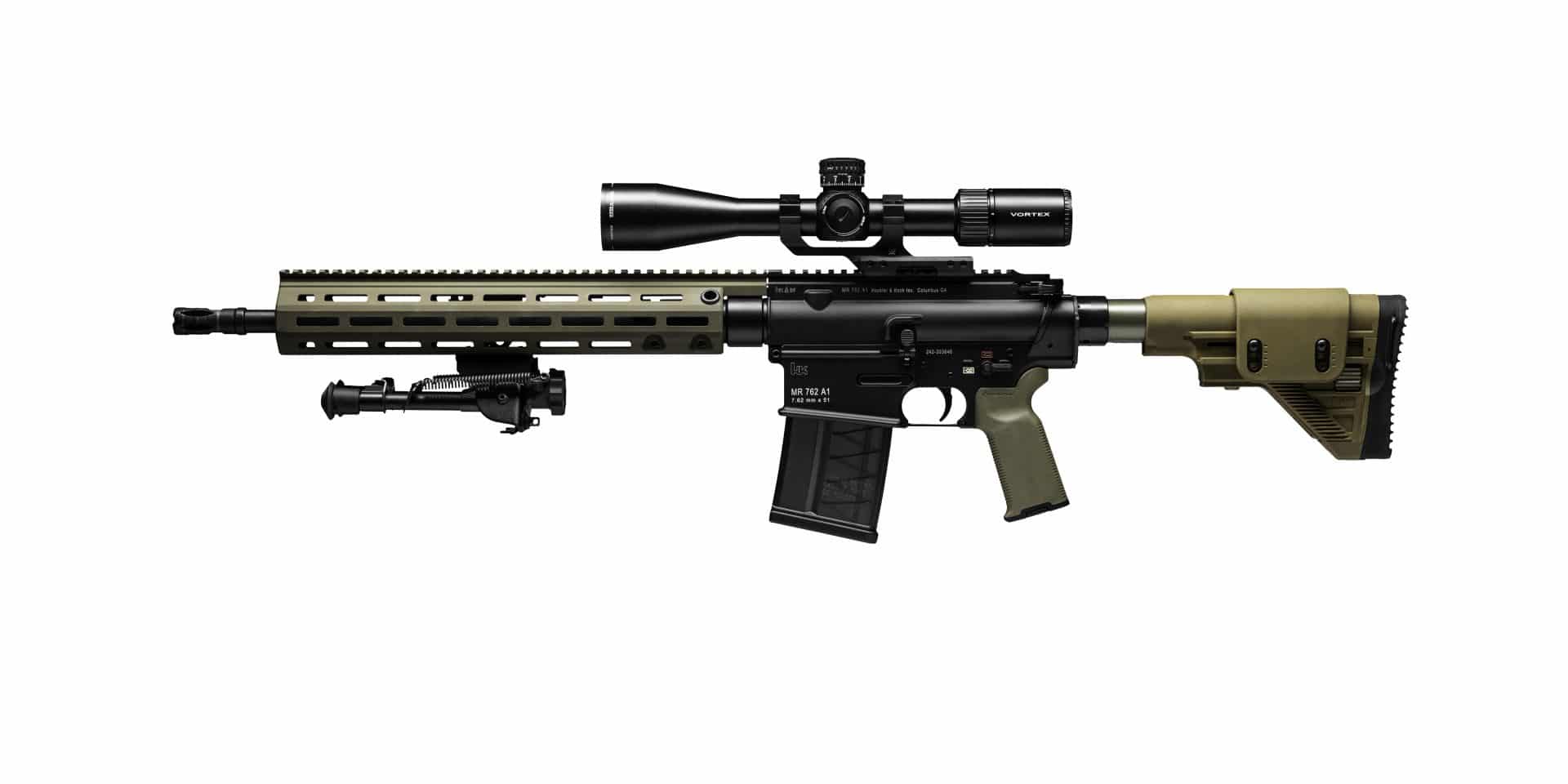 Like its 5.56 mm counterpart, the MR762A1 is a direct descendent of the HK416/417 series, only in a semi-automatic rifle configuration developed for civilian users. It is assembled in the USA using US and German-made components and uses many of the same parts and assemblies developed for the legendary HK416 and 417.

The MR762A1 uses a proprietary HK short-stroke gas piston in place of the direct-gas-impingement system found on lesser AR15-style rifles that propels exhaust gas into the upper receiver to operate the action. In the “closed” HK piston system, exhaust gasses never enter the receiver, which means the HK runs cooler, cleaner and more reliably. And when adverse conditions, like dust, sand and mud are introduced, the advantage of the HK system becomes even more drastic. That is why so many of the world’s elite military and law-enforcement customers have absolute trust in their HKs.

The MR762A1 has a cold hammer forged barrel made from the highest quality cannon-grade steel, producing a barrel that ensures superior accuracy, even after firing thousands of rounds. And while the material and cold hammer forging process themselves greatly enhance durability, HK’s processes include many additional steps not taken by other manufacturers to produce superior accuracy and service life, ensuring performance well beyond “mil-spec.” 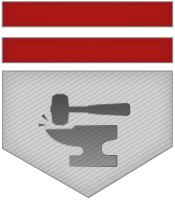 Learn More
We use the same grade steel used in making cannon barrels — for its rifle barrels. Using the famous HK cold hammer forging process, this advanced technology manufacturing produces a barrel that provides superior accuracy and long service life. It is also moderately “swagged” with a slightly smaller internal diameter at the muzzle end than the chamber end. This has a positive effect on bullet accuracy and velocity and the thick, heavy contour MR series barrels also contributes to its precision.